5 typical restaurants not to be missed 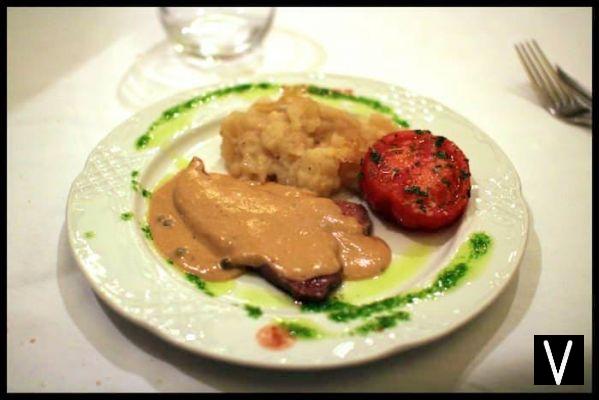 Barcelona has now become one of the world capitals of gastronomy, with an endless choice of restaurants of all kinds and for all budgets.

By Tapas bar from home cooking to acclaimed trendy restaurants, it's impossible not to find something to your taste.

At the basis of this success there is a long tradition, already established in the eighteenth century, when the influence of neighboring France found a very fertile ground in a Barcelona in full economic ferment.

Some of the restaurants that have made the culinary history of the city, such as el Maison Dorée, El Gran Restaurante de Francia or El Suizo, have now disappeared, however others have survived, forming a historic nucleus of places that have now become timeless icons. 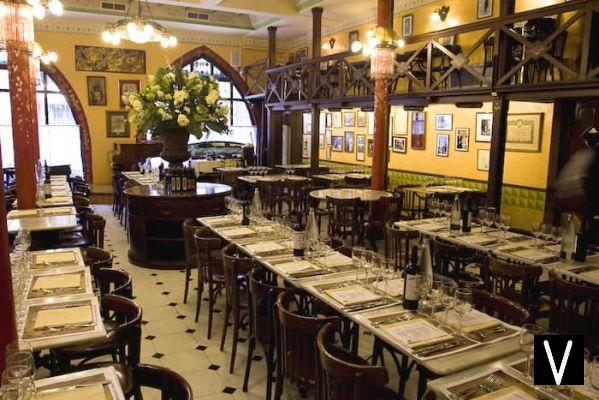 The 4 Gats is more than a restaurant, it is now a piece of the city's history.

Opened in 1897 a few steps from the Cathedral, in the middle of the Gothic Quarter, the place, clearly inspired by the Parisian cabarets, soon became a reference point for artists and intellectuals: among its tables they sat several times Picasso e Gaudí, as well as a young man Hemingway.

Its owner, Pere Romeu, was an idealist who didn't care if every now and then some of his patrons didn't have the money to pay the bill.

No wonder he never managed to get rich despite the success of his restaurant, and years later he had to close the restaurant, which later opened under new management.

Always very popular, it comes with a solid Catalan menu, in an environment with an absolutely special air.

The typical dishes are excellent, without a reservation you risk queuing up. 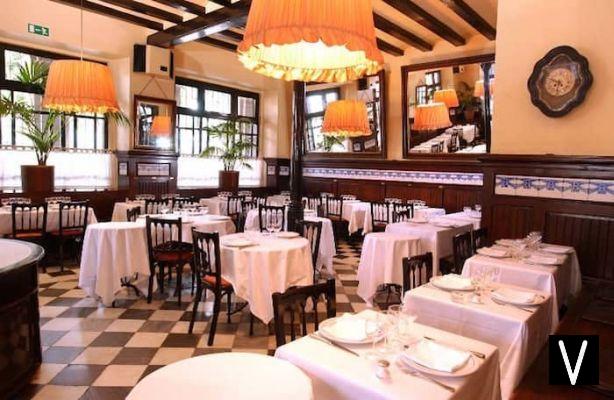 7 Portes is one of the oldest restaurants in all of Spain.

Its first owner was Josep Xifré i Cases, eager to bring a little bit of France to Barceloneta.

He set up his offices and home on the first floor, and opened a luxury restaurant on the ground floor.

The restaurant had 8 doors, 7 for customers and one for the entrance of food and staff, hence its name.

Authentic culinary institution of the city, it prepares a decent one paella with the freshest ingredients, and other typical Catalan dishes, in an environment that certainly won't leave you indifferent. If you don't book, expect a long line before sitting down. 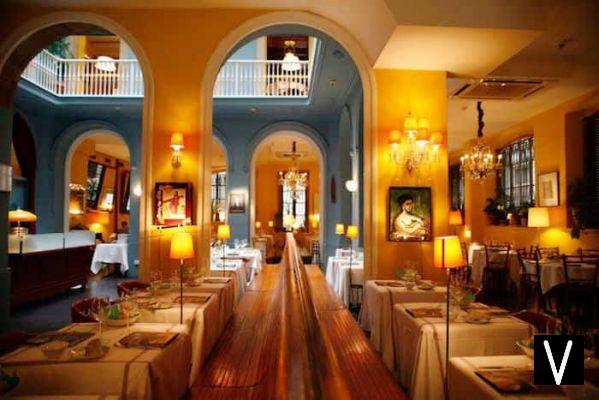 Mr. Parellada is a historic restaurant in the Born, near the church of Santa María del Mar and the Picasso Museum.

Opened in 1869 as a place to rest before embarking on the steams for America, it keeps its retro atmosphere intact thanks to its classic colonial style. and offers simple cuisine with excellent fresh ingredients.

The seafood dishes and paella are refined during the week offers a tasting menu of Catalan cuisine from 35 € which is absolutely worth trying: very fresh ingredients and a myriad of dishes to taste. 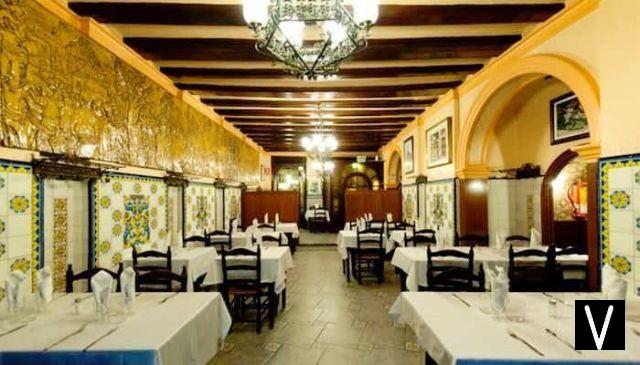 One of the most characteristic places in the Born, Can Cullerets is the second oldest restaurant in all of Spain: it opened its doors in the same place today in the distant 1786!

Initially born as a café, it owes its name to its own success: it seems that his creme brulee was so good that it had more customers than spoons for dessert, so the interior of the restaurant was a continuous succession of customers who called the waitresses to get the spoons (spoons in Catalan).

It subsequently became a place frequented by famous artists and intellectuals, as can be seen from the numerous photos hanging on the walls.

La Crema Catalana remains one of the best in the city, the menu of the day is typically Catalan cuisine: the best choice to try typical dishes without spending a fortune. 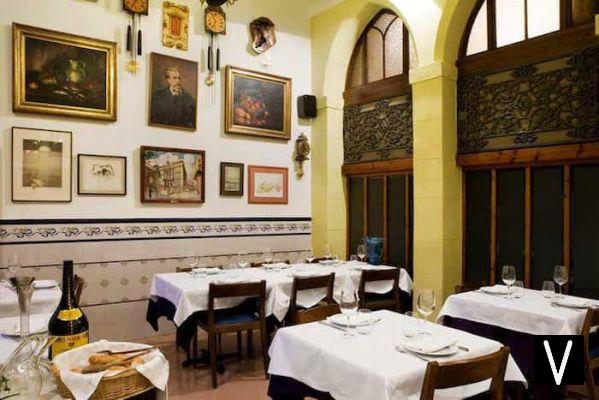 Another historic place in the city, the Pitarra was for a long time favorite of writers and playwrights, among which one of the most loyal was Manuel Vazquéz Montalbán, creator of detective Pepe Carvalho.

The restaurant takes its name from its founder Federic Soler, known as Pitarra, who inherited a watchmaking from an uncle: a great lover of literature, apparently he started by putting some tables in the back room where he could discuss his passion, among his guests the king of Spain himself, Alfonso XII, a great lover of theater.

A very charming place, offers traditional Catalan cuisine, solid and tasty. Better to book if you go on the weekend.

add a comment of 5 typical restaurants not to be missed