Barcelona in September: all the events not to be missed 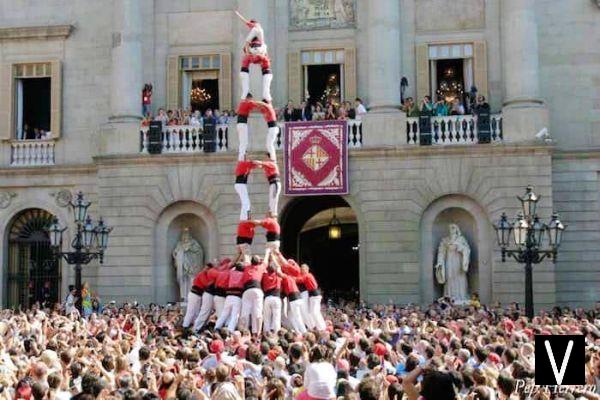 Have you decided to take advantage of the favorable weather in September to visit Barcelona? Rest assured you won't regret it!

The Catalan city, also in September, offers visitors various traditional festivals as well as the opportunity to visit museums for free to celebrate the Diada Nacional de Cataluña.

Here is the agenda of the most interesting events to be held in Barcelona in September:

Festa Major d'Horta (from 6 to 15 September)

One of the first neighborhoods to party in September is the Horta neighborhood. During the week of the celebrations, many initiatives are planned with music, good food and appointments with culture.

Catalan Book Week (from 6 to 15 September)

Book lovers cannot miss the opportunity to take a tour of the stalls of the exhibitors who will take part in the 37 edition of the Setmana del Llibre en Català, which will enliven the Avenida de la Catedral during the second week of September.

Are you a fan of comics? Then you can't miss this event, entirely dedicated to the art of comics and self - publishing.

Don't worry, it's not a mistake! In Barcelona, ​​in September, the Poble Espanyol it will come alive with the music, colors and joy typical of the Brazilian people, with this great party aimed at celebrating their culture.

On 11 September 1774 Catalonia lost its sovereignty and became part of the Bourbon kingdom. Each year, on this date, this anniversary and the desire for independence of the Catalans are commemorated with various initiatives and events.

On the occasion of the Diada National de Cataluña, several museums in the city will be open for free to the public.

Al National Theater of Catalonia the September appointment with the most famous market of artisans and gastronomic entrepreneurs in Barcelona is back, to give visitors a weekend of good food.

It is the largest patronal feast in the city (September 24), held in honor of the Our Lady of Mercy (the Madonna della Mercede).
There will be 5 days of celebrations, during which processions, the traditional ones, will be held correfoc, the Castellars and Giants, concerts and much more;

In conjunction with the Festa de la Mercè, one of the most anticipated and popular music festivals of the year returns to Barcelona: an alternative festival and free, where more than 40 artists, Spanish and international musicians, of all musical genres will perform.
These days, the metro will also be operational at night.

The month of September ends with the traditional festival of the Barceloneta district. Like every year, this anniversary is celebrated with processions, the traditional Correfoc, a craft fair, concerts and much more.

Audio Video Barcelona in September: all the events not to be missed
The Archaeological Museum of Catalonia ❯

add a comment of Barcelona in September: all the events not to be missed