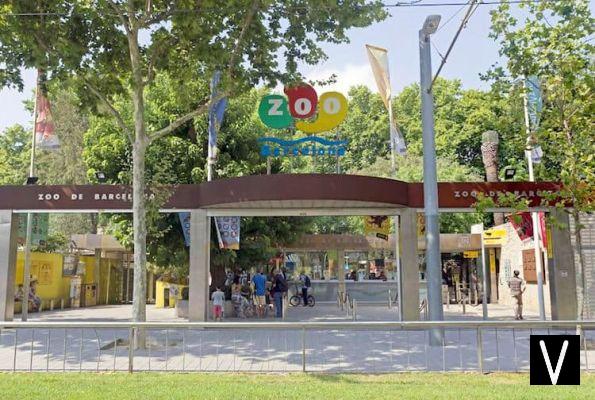 Barcelona Zoo it is located in the Parc de la Ciutadella, in the city center.

Open since 1892, it currently houses a great variety of animals, offering the opportunity to see specimens rarely seen in nature up close; some exotic, such as lions, Komodo dragons and orangutans, others instead typical of European habitats, such as the wolf, the European bison or the Corsican mouflon.

The Zoo it is divided into several thematic areas, some very large, recreating their natural habitat as best as possible, trying to promote their well-being as far as possible.

A complete map of the zoo is available here, to find where the main animals are exhibited. A complex renovation process began in 2014 in the Zoo, to allow the creation and adaptation of some spaces intended for animals.

Most of the animals were born in captivity, as part of various breeding programs with other European zoos; in other cases they are animals seized by the authorities.

Considered as one of the most complete zoological parks in Europe, the Zoo benefits from the mild climate of Barcelona, ​​allowing it to host a large section dedicated to the savannah, such as elephants, zebras, giraffes, lions, hippos and rhinos.

Other sections reproduce marshy environments, fresh and salt water, or zones with temperate climates, hosting numerous mammals, birds and amphibians from all over the world.

The zoo is home to all the animals we would expect to see:

Il delfinario, once dedicated to dolphin shows, was recently closed under new guidelines from the City of Barcelona, ​​owner of the Zoo, which bans animal shows, however dolphins are still inside the tanks.


Among the various marine animals, note the presence of the common seal and the Humboldt penguin. 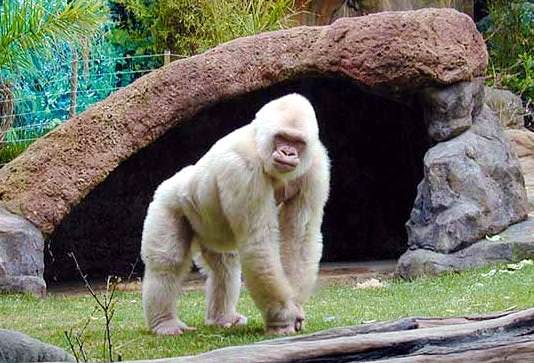 The only albino gorilla in the world, Floquet de Neu (known in Spanish as Snowflake), was the absolute star of the Barcelona Zoo from 1966 until his death in 2003.

Copito was a real celebrity, earning a National Geographic cover, a documentary, and an animated film dedicated to him in 2011, Snowflake.

The memory of the albino gorilla is very present inside the zoo, a large exhibition area in the primate section is dedicated to this unique gorilla.

The Barcelona Zoo is very large, so expect half a day to visit it completely, especially if you are in the company of children.

Inside the zoo there are bars and restaurants, definitely expensive and not of excellent quality, however you can also find areas for picnics with drinking water fountains, allowing you to organize yourself in full autonomy.

The zoo is fully adapted to be walkable with strollers or wheelchairs.

The entry of pets other than accompanying dogs is prohibited, just as it is forbidden to feed the animals or try to touch them.

The best time to visit the zoo is clearly on weekdays, on weekends it tends to get crowded, especially in the summer.

How to get to the Barcelona Zoo

The Zoo is located within the Parc de la Ciutadella, covering about half of its area.

Given its central location, it is easily accessible on foot from the districts of Barceloneta, Barri Gótic and La Ribera, all within a 15-minute walk.

There are two entrances to the zoo, the first from Carrer Wellington, easily reachable from the Ciutadella metro station (yellow line 4); the second from inside the park, in this case the closest stops are those of Barceloneta and Jaume I, both on line 4 (yellow).


By Bus Turístic, the closest stop is Zoo (red line), or Port Olimpic (it's the change stop between the red and green lines).

Those who wish can visit the rest of the park heading north, and reach the Arc de Triomphe via a lovely pedestrian street: to return you can take the Arc de Triomf metro stop (red line 1).

Barcelona Zoo opens every day of the year, on Christmas Day the opening is reduced until noon. The opening hours of the ticket office are as follows:

The zoo remains open one hour after the ticket office closes (half an hour in winter).

Buy them online with 10% discount

Holders of the Barcelona Card and the Bus Turístic discount booklet are entitled to a reduction of 20%.