Introductory guide to bars in Barcelona 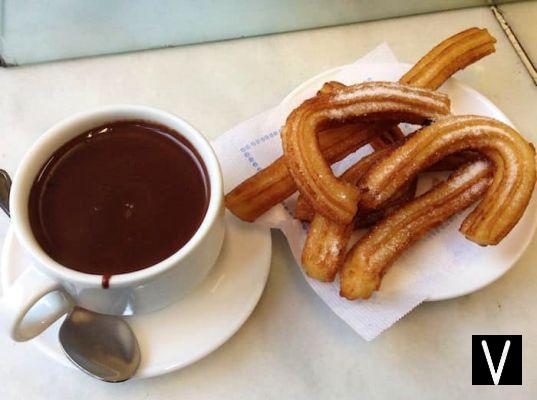 Delicatessen, Farm, Rice: these are some of the signs that Italians visiting Barcelona can find around the city. These are clubs and restaurants specialized in the preparation of some certain types of food, in this article we explain what to do and what should be taken.

We cannot talk about Barcelona without mentioning its bars. Spain in general owns the highest concentration of bars per inhabitant in Europe, and Barcelona is no exception. Among the reasons for this abundance is the peculiarity of the Iberian timetables: with dinner often eaten well after 22 pm, as soon as they leave work, many Spaniards go to bars for beer and tapas, in order to stop hunger.

Le caps are another of the most important features of Spanish bars: from the simplest tortilla, to real haute cuisine creations, Barcelona offers a huge choice of different tapas. Locals usually stop in a bar for a beer and a couple of tapas, and then move on to the next one, in Spanish. tapas. It is important to distinguish between a tapa and a ración: if the first corresponds roughly to a portion, the second is generally shared between 3 or 4 people.

Bars are often divided on a regional basis, meaning you can find types of beer and tapas from a specific region in a given bar, with significant differences between them. A special feature is the Basque bars, generally defined pintxos bar: tapas are often served staked in toothpicks, called pintxos. When you have to go to the cashier, just count the number of toothpicks to know how much to pay.

Almost all restaurants in Barcelona always offer a today's menu, that is a menu of the day. Usually 2 main courses are offered and a side dish or dessert. Prices are fairly standard, around 10-15 €, however the quality of the food offered can vary a lot from area to area. During the day it is better to move away (even slightly) from the Rambla, to find restaurants frequented by locals. As for dinner, given the particularity of the Spanish opening hours, it will generally not be difficult for Italians to find a place in restaurants: if you have the impression of being surrounded only by other tourists, do not worry: Spaniards generally do not enter the restaurants. restaurants before 22:00. There are many historic restaurants in Barcelona, ​​some very famous even in tourist guides: if you want to know more, read this article.

A farm it is a place generally dedicated to breakfast or a snack, with a predominance of milk-based products, chocolate, smoothies, and sweets in general, characterized by a family atmosphere. Born around the decade of 1920, their initial function was to sell easily perishable fresh products, such as milk, eggs or yogurt, or other more typical ones, such as horchata, a drink made from chufas and sugar, very typical of the Valencian plain. Subsequently, in the 60s, the granjas had a good success competing with the classic bars, offering the possibility of having breakfast with genuine products at low prices. To mark their diversity from bars, alcoholic beverages were generally not served, thus emphasizing their homely and quiet character. Very numerous in the last century, their number has dropped a lot with the new millennium, although today they are experiencing a certain revaluation.

I Churros they are a particular type of dessert of Madrid origin, prepared with a batter that vaguely recalls that of our donuts, fried in oil and served very hot to be dipped in a hot chocolate, or in a latte. In theory the Spaniards buy them on Sunday morning to eat them at home, in practice it is very likely that the first time you taste them in Barcelona is at dawn before returning to the hotel or apartment. Porras can also be found in some Xurrerías: they are like churros, but much larger in size.

Una Xarcutería (in Spanish charcutería) is the correspondent of our delicatessen. Given the importance of pork in general and ham in particular, these are shops that are taken very seriously in Spain. Some of these shops, especially in the old town, have started serving dishes and appetizers for the occasional passing tourist - be careful, as the bill could bring some unpleasant surprises. If you want to take home an authentic Iberian ham, the best places to shop are inside the local markets: the boquería tends to be slightly more expensive than the others.

A seafood restaurant it is nothing more than a trattoria where fish, seafood, molluscs or crustaceans are prepared and served, precisely called mariscos. These are generally Spartan places where the dishes are prepared in a simple and fast way, with services reduced to the bone, very busy and very noisy. An average bill with fish, salad and house wine shouldn't cost more than € 15-25 in the city. Often the marisquerías are associated with a fishmonger, so they can boast an enormous variety of very fresh products.

Until the 90s the whole Port Vell area was full of such places, especially in the Barceloneta; however, the increase in rents and the tastes of a more refined clientele, eager to try new cuisines, has led this kind of place to disappear from the map of the city center, in favor of more popular restaurants. Those who can travel from the center to neighboring villages will not struggle to find some, but in Barcelona, ​​and especially in the Ciutat Vella, options of this kind can be counted on the fingers of one hand, and we have put them all there in this article.

If nowadays it is easy to find paella in practically every restaurant in Barcelona, ​​until recently there was a category of restaurants specializing only in the preparation of this tasty kind of dishes, therice (from arroz, rice, in Spanish arrocería). These places were in charge of preparing those dishes that were too elaborate for a simple marisquería, but considered too "poor" for a classic restaurant, at a time when the restaurant model was based on the French one.

Another advantage of arrossería is organizational: while most restaurants still require a reservation to be able to serve paella, in arrossería there is generally no need, as in the kitchen a certain amount is prepared every day. number of paellas, allowing you to immediately serve a dish that usually requires at least 40 minutes of preparation. We got a bit of experience, and to eat a good paella you can find our tips on this page.

Although vermouth was born in Italy, to be precise in Turin, it can be said without problems that it is one of the typical drinks of Barcelona. A typically Catalan custom is that of "anar a fer el vermut", that is to drink a glass of vermouth at noon before lunch: traditionally we went to the presumptuous (also called bodegas) on Sundays, after mass, to socialize with friends and acquaintances before Sunday lunch. This tradition has been waning in the big cities until a very recent past. Today the vermuterias are back in vogue, constituting an excellent alternative for an aperitif at the weekend, or to try a typical product of Barcelona: many bodegas in fact prepare and sell vermouth produced in an artisanal way. We have tried many over the years, and these are our favorites.

Barcelona: 5 family bars to go to with children

4 Mexican restaurants to try in Barcelona

Where to eat the best tapas in Barcelona

Where to eat fish for less than 25 euros in Barcelona

5 typical restaurants not to be missed

add a comment of Introductory guide to bars in Barcelona