Neighbourhoods and districts of Barcelona

Do you think Barcelona is too big? Well, you're not far wrong. This city has ten different districts to get lost in. But don't get overwhelmed, in ForBarcelonaLovers we have created a list with all the essential neighborhoods of Barcelona. 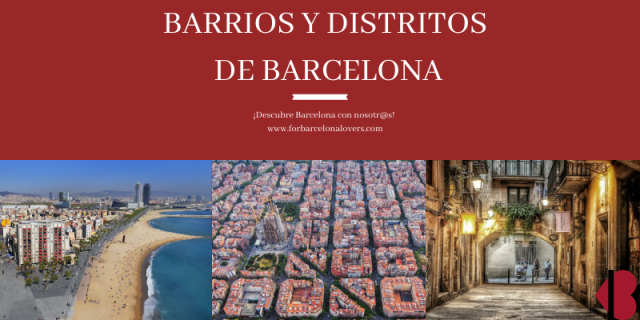 Do you think Barcelona is too big? Well, you're not far wrong. This city has ten different districts to get lost in. But don't get overwhelmed, in ForBarcelonaLovers we have created a list with all the essential neighborhoods of Barcelona.

The different districts of Barcelona

A city of 39 square kilometres, ten administrative districts and countless other neighbourhoods, one of the joys of visiting Barcelona is exploring the unique characters of each of these surprisingly diverse areas. At ForBarcelonaLovers we've decided to tell you a little bit about Barcelona's main neighbourhoods and districts. 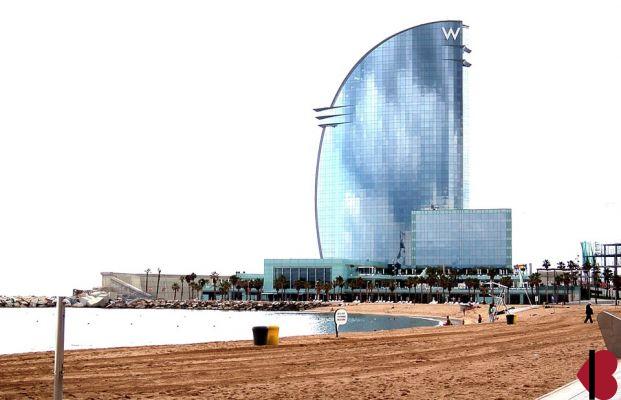 Barceloneta is one of Barcelona's most famous and charismatic neighbourhoods. It is a maritime neighborhood, full of magic and history, located in the district of Port Vell. One of the main attractions of the district are its beaches, the largest, most famous and crowded of the city. They have a pleasant atmosphere and excellent services.

The streets of Barceloneta are very pleasant and peculiar; narrow streets full of old buildings, churches and some establishments, which have maintained their decoration for almost 200 years. 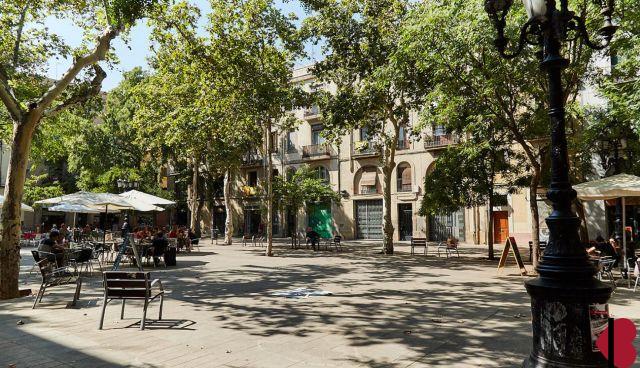 The Sants area itself does not have many attractions and is quite residential, however the ease with which you can get to the areas of interest is an added bonus. Accommodation tends to be cheaper in this neighbourhood. 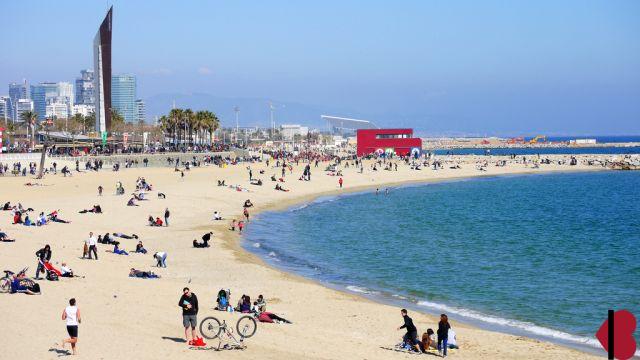 Built for the 1992 Olympic Games, the Olympic Port of Barcelona (Port Olímpic) is an attractive marina, located near the Olympic Village, between Somorrostro beach (the first part of Barceloneta) and Nova Icaria beach.


The Olympic Port of Barcelona is one of the most popular marinas on the Mediterranean coast, as well as being one of the main tourist and leisure centres of the city. 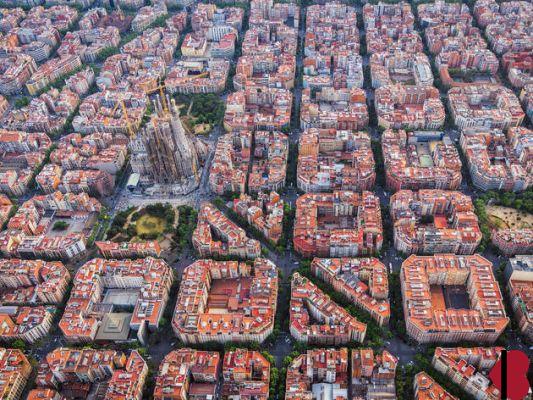 In this Barrio you can find some of the best shopping opportunities in Barcelona. There are also many bars and restaurants, but also modernist buildings such as Casa Batlló, Casa Milá and the Sagrada Familia. The Barrio is also characterized by an intricate system of grid streets. 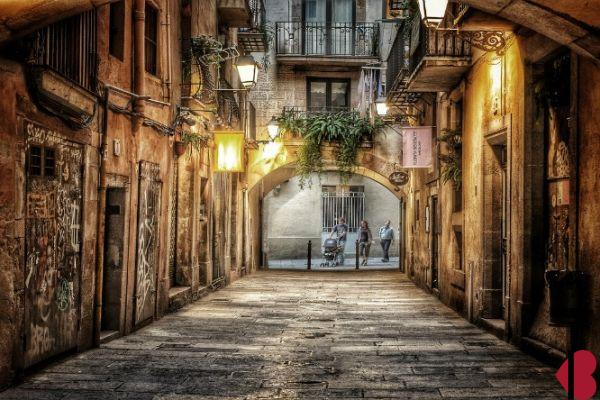 Cultural and traditional buildings near the center of Barcelona. The area is close to the beach and has a lively nightlife, restaurants and bars. 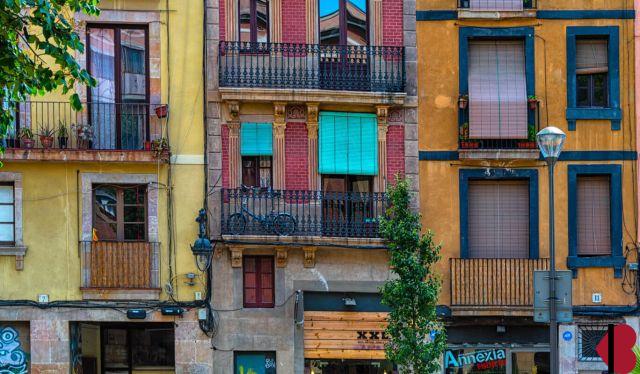 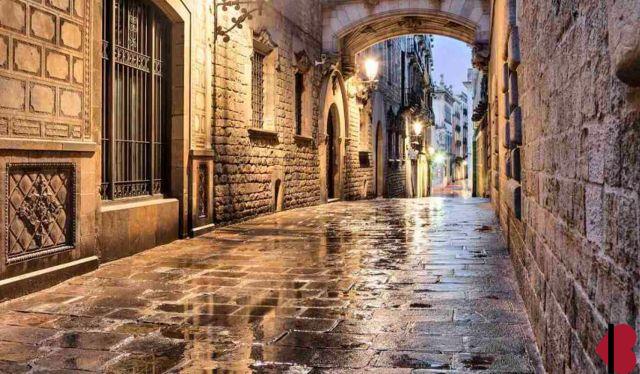 Located in the heart of the city, the Gothic Quarter is the oldest and one of the most beautiful areas of Barcelona. The neighborhood is bounded by the Ramblas, Via Laietana, Paseo de Colon and Plaza de Catalunya.


Founded on the remains of the Roman wall, in medieval Barcelona churches and Gothic buildings were built, which made most of the Roman remains disappear.

Gràcia was an independent city until the end of the 19th century and its community is still small and closed. Despite the trendy nature, Gràcia is a very traditional neighbourhood with lots of older people: a strange but fun mix! 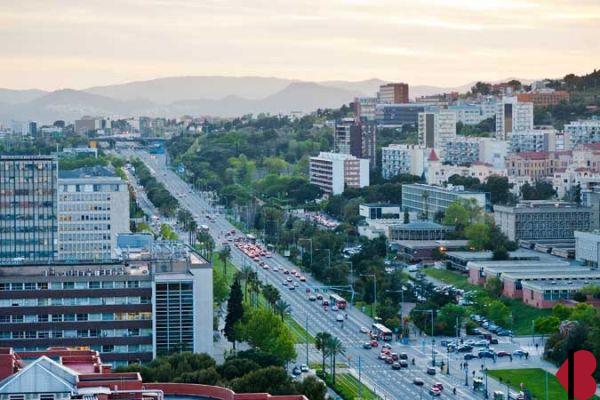 Les Corts is an important financial district of Barcelona and therefore has many excellent hotels and restaurants, but not many tourist attractions. In addition, in Diagonal there is a large shopping complex called L'Illa. In this shopping complex you can find several really good restaurants, a large supermarket, a small exhibition center and, of course, many clothing stores. 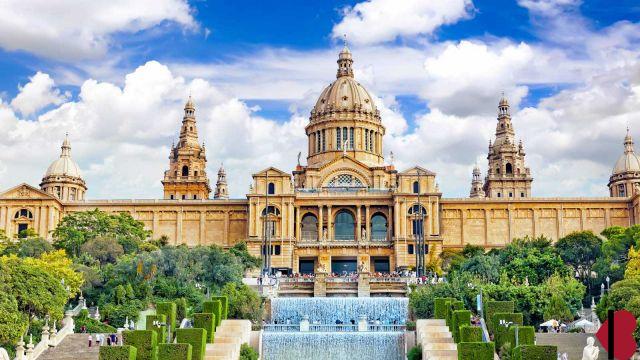 The works carried out on the occasion of the Universal Exhibition of 1929 and the Olympic Games of 1992 made Montjuïc a very interesting area, especially for its museums and different tourist attractions.

Used since ancient times as a military watchtower, Montjüic Mountain is, with Tibidabo, the most important mountain in Barcelona. The works carried out on the occasion of the Universal Exhibition of 1929 and the 1992 Olympic Games made Montjüic a very interesting area. 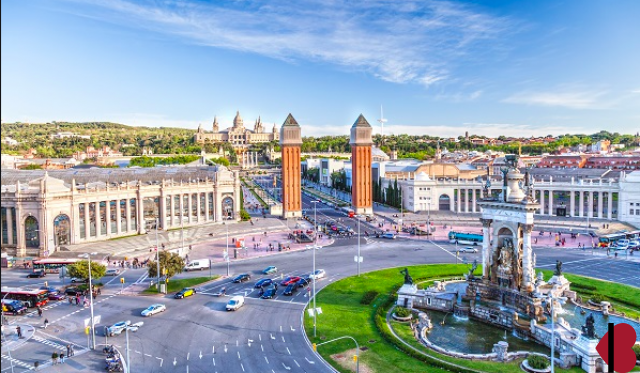 Built for the International Exhibition of 1929, the Plaza de España in Barcelona is one of the largest and most significant squares in the Catalan capital.

Plaça d'Espanya is located at the foot of Montjuïc mountain and occupies 34,000 square meters, making it one of the largest squares in Spain. 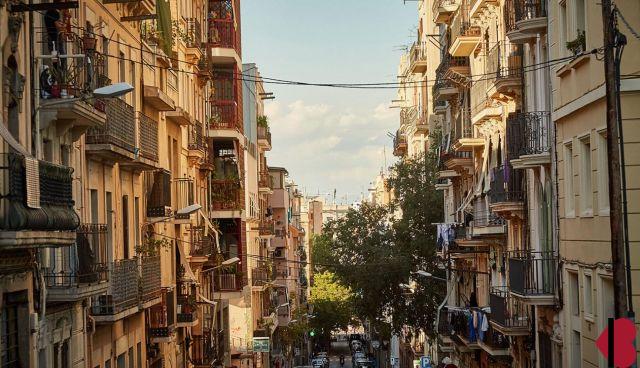 There aren't many tourist attractions in this area, but you'll find that accommodation prices are lower and, as the heart of the city centre is only 10 minutes away by metro, you have excellent transport to the rest of the city. 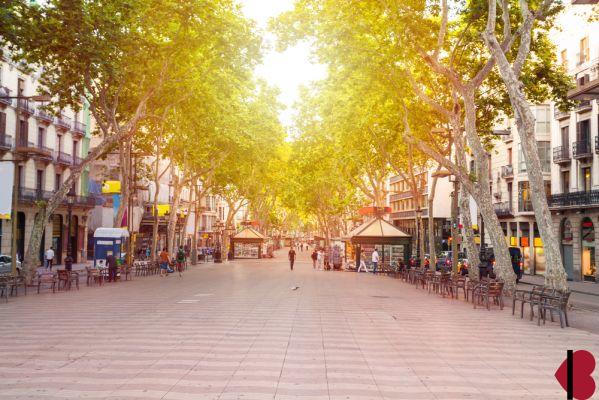 La Rambla, also known as Las Ramblas, is one of the main arteries of Barcelona and one of the most famous places in the city. It is a 1.3 kilometer long street that connects Plaça de Catalunya with the old port of the city.

add a comment of Neighbourhoods and districts of Barcelona