Paella in Barcelona: where to eat it 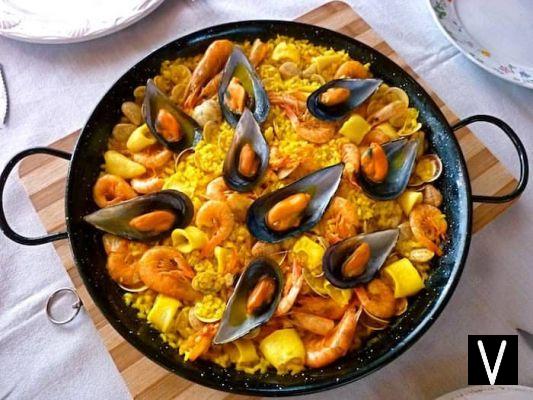 For those who go to Barcelona, ​​even for a few days, eat one paella, perhaps on a terrace overlooking the sea, is too tempting to resist: the Catalan city actually offers a wide range of choices, allowing you to try countless versions of the most famous Spanish dish. Satisfying the palate, however, can be more complicated than it appears at first glance: many restaurants use paella as an attraction for tourists, presenting dishes that have little to do with the famous dish.

Although it is now representative of Spanish cuisine, paella is a typical dish of Valencia. In its original form it was a ground dish with humble ingredients, typical of the Valencian countryside: rice, tomatoes, beans, rabbit and snails, flavored with saffron. Today the two best known versions of paella are the Mixed, with meat and seafood, and the sailor, prepared using, alternately or together, pescado (fish), and mariscos (shellfish and seafood), and are the easiest to find in all Spanish restaurants. Lovers of taste will have little to object to on the subject: the paellas prepared in Barcelona often have nothing to envy in terms of flavor compared to those of Valencia.

In terms of ingredients, a dispute is underway between purists, defenders of the original recipe, and those who intend to experiment with new combinations: from this point of view, Barcelona is a very important place, given that the innovative cuisine of its chefs has succeeded. to establish itself internationally. On some points they all agree:
• a good paella should have the rice cooked to the point, avoiding that the grains are not cooked for too long (in this case the rice is called pasado);
• the consistency of the rice should be that peculiar; paella is not a risotto, and the rice should form a lightly toasted layer on the bottom, called socarrat.


Listed below are some restaurants that have a good reputation over time in the preparation of this dish. Some are real institutions in the city, others have emerged recently. Of course there are others, and we thank in advance all the readers who want to share their experiences in the comments. Finally, two tips for those who want to try on their own:
• forget the restaurants along the Rambla, they are often tourist traps;
• it is said that the best day to eat paella in Barcelona (but also in Madrid) both on Thursdays. The origins of this tradition are controversial, however for the people of Barcelona it was the day when paella was prepared at home: restaurateurs know that Thursdays are more likely to have a local among their customers, so a good connoisseur ...

The best paellas in Barcelona 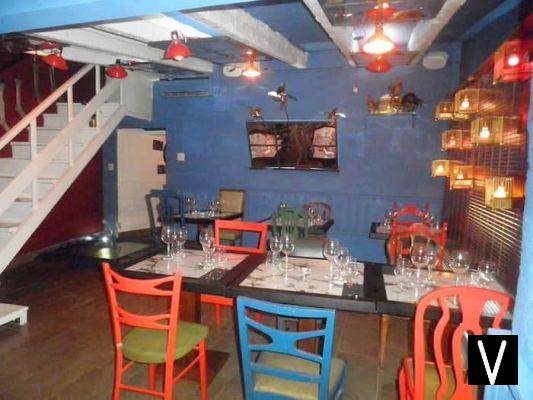 In the lively Raval district, the Arume restaurant has managed to gain an excellent reputation, and not just for its paella. Try everything from appetizers to desserts. It is highly recommended to book in advance if you want to find a table for dinner. Given the quality of their dishes, 35-40 euros per person is a good bill, you will leave full and happy. The lunch offer is also excellent, with interesting menus del día to try the various courses. On weekends, reservations are absolutely necessary, the restaurant is very popular in the neighborhood.


A typical Spanish beach spot not far from Port Olimpic, Xiringuito Escribà is owned by Joan Escribà, brother of a well-known pastry chef in town. The place has achieved a good nomination for its paellas, and of course also for the sumptuous dessert menu, to satisfy every sin of gluttony. Paella costs around 20 euros per person, expect a bill of 30-35 euros per person. 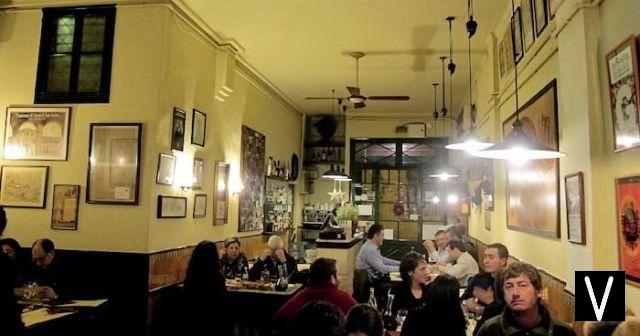 Good restaurant located in the heart of Gràcia, Cal Boter offers an excellent choice of Catalan dishes, with an excellent choice of main courses, as well as a tasty paella, and a dessert list that deserves to be tried separately. Attentive and professional service, expect 35-40 euros per person for a full dinner. Essential to book for dinner for the weekend. 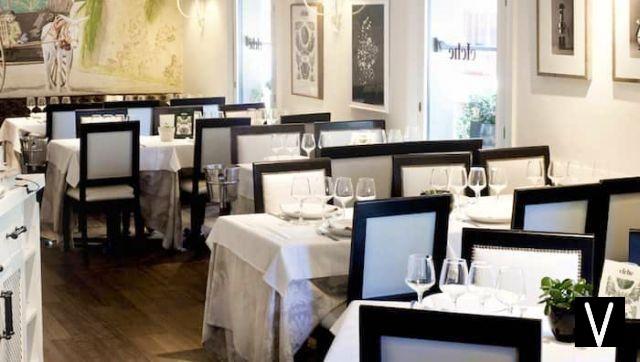 Barcelona's historic arrocería when it comes to paella, Elche is said to be a favorite with Valencians visiting the city, which is saying something. Rice lovers will find the joy of the senses in this place, given the numerous possibilities offered on the menu. In addition to the paella, their arroz a la banda is also worth trying. Book, so you can have paella on the table in no time. Dinner from 30 euros per person, the rest of the menu is not cheap, if you want to eat only fish, try a marisquería. 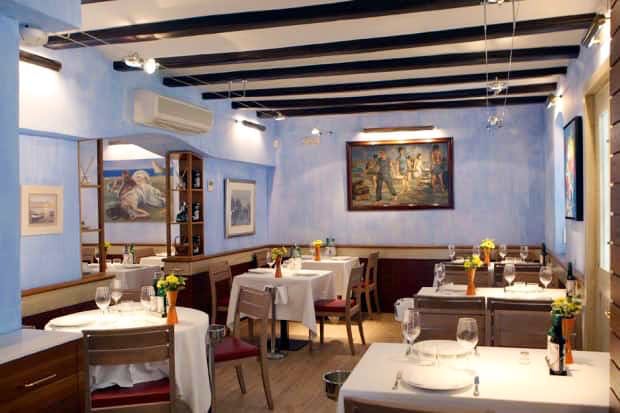 Classic restaurant in the heart of Barceloneta, Can Majó has been open continuously for 40 years, passing from generation to generation. The fish is always very fresh, and in addition to a splendid paella de mariscos, the chef stands out for his arroz con bogavante (rice with lobster). The outdoor terrace is the final touch for a perfect dinner. As with all of Barceloneta, the bill tends to be something more expensive than other places, so expect around 40 euros per person. 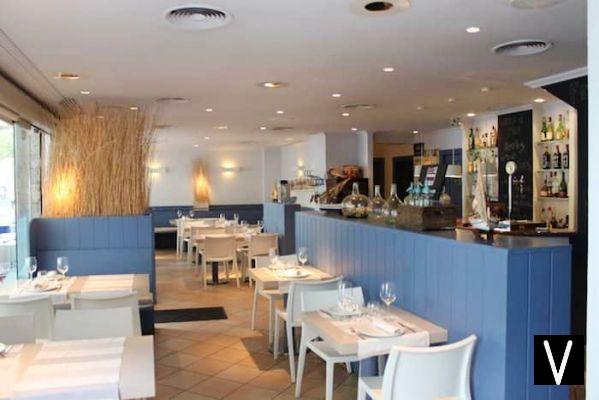 The chef of La Mar Salada is called Marc Singla, another promising chef trained in the prolific cuisine of the Bulli. After the experience, he devoted himself to selling fish until he was called to be part of this family-run restaurant. His arroz con caracols and bogavante is really good, as is his paella marinera, presented in a creative and respectful way. La Mar Salada remains one of the few family-run establishments that survives in Barceloneta, due to real estate speculation in the area. Paella costs 20 euros, a full dinner is around 40 euros per person, expensive wines. Better to book. 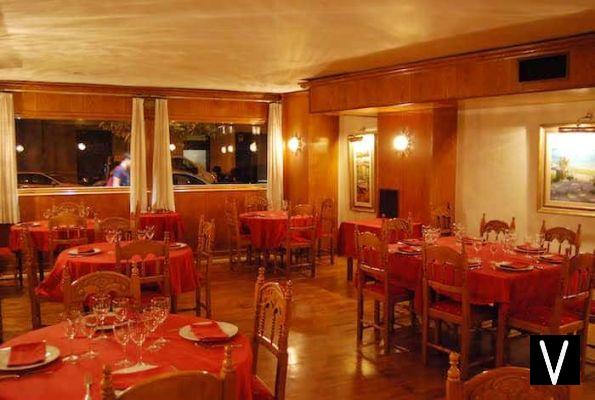 Located outside the most touristy areas, but easy to reach, the Koxkera is a classic restaurant with good space between tables, a rarity in Barcelona these days, and very attentive service.
Delicious seafood appetizers, paella even more, as well as all the main courses, both fish and land. It is one of the few places to serve paellas for one person (usually the minimum is for two), tempting to try more than one option. Good wine list, at attractive prices. Dinner around 35 euros per person, à la carte menus are also available for lunch, a good idea to eat without spending too much.

add a comment of Paella in Barcelona: where to eat it