The 10 best monuments in Barcelona 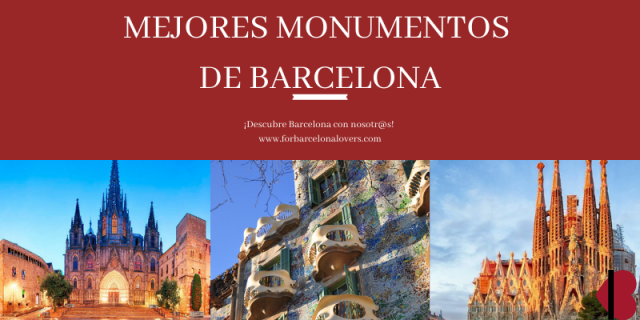 Barcelona is a city with 2000 years of history in which you will find a great variety of monuments and emblematic historical places of Barcelona, highlighting its Roman, medieval and modern times.

We have compiled what we believe are the 10 most important historical monuments in Barcelona and that you can not miss during your visit to our city. 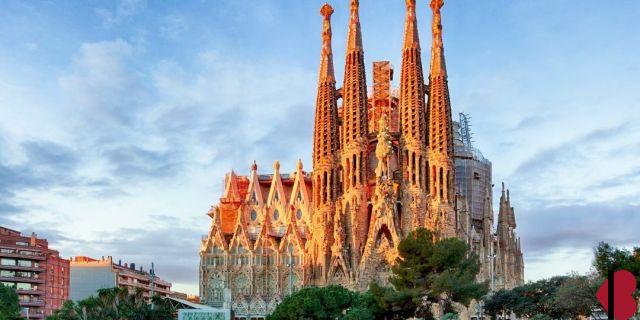 Possibly Barcelona's most famous historical monument and symbol of the city, and Gaudi's unfinished masterpiece, begun in 1882 and still under construction and believed to be completed in 2026, coinciding with the date of the centenary of Gaudi's death, La Sagrada Familia is a reflection of Gaudi's artistic plenitude: he worked on it for most of his professional career, but especially in the last years of his career, where he reached the culmination of his naturalistic style.

If you want to visit this historic site of Barcelona you need to buy tickets in advance as the Sagrada Familia has limited access and opening hours - Normal price 15€/person - There are discounts for children and seniors. 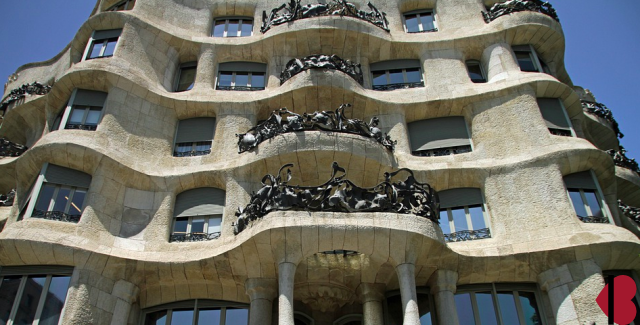 This famous modernist building located on the famous Paseo de Gracia avenue is another of Barcelona's historical sites, built between 1906 and 1910 by the famous architect Antonio Gaudi, La Pedrera or Casa Mila is part of the naturist period of the architect inspired by the organic forms of the waves of the sea, with more than a million visitors a year we can say that this is one of the 10 most important monuments in Barcelona. 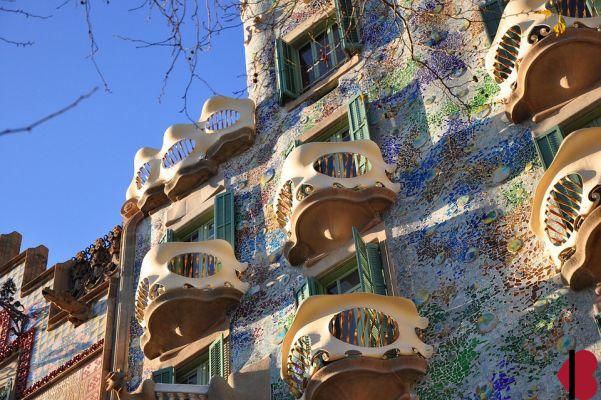 The next historical monument is also the work of Antonio Gaudí, it is located on Passeig de Gracia avenue very close to La Pedrera, La Casa Batllo is one of those buildings that attract all eyes, its organic shapes and colors make you move to a fairy tale, inspired by the legend of Sant Jordi (popular festival of Catalonia) the building represents a dragon and the knight with his spear from which a rose will be born, so La Casa Batlló always dresses its facade of roses in the festivities of Sant Jordi. 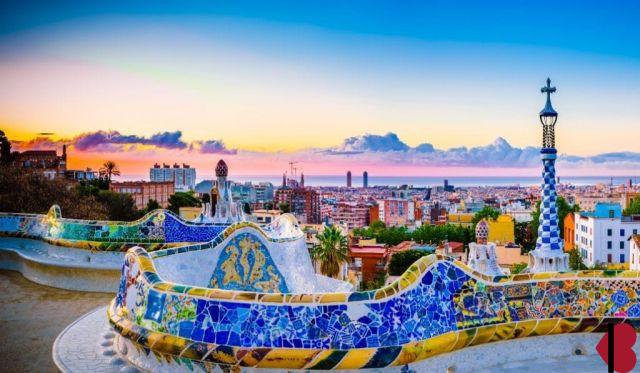 We continue our route through the historical places of Barcelona until we reach the most famous park in the city. The Park Güell also designed by the architect Antonio Gaudí is located in the upper part of the city of Barcelona in the district of Gracia and was built between 1900 and 1914 by personal commission of the famous Catalan businessman Eusebio Güell.

The park was conceived as a structured complex in which, within an incomparable setting of natural beauty, there would be high standing housing, with all the technological advances of the time, unfortunately the project was never realized and was inaugurated as a public park in 1926, inside you can discover the essence of Gaudí's naturist season with a perfect fusion of nature with architecture.

Additionally you can also visit inside the park his house museum where Gaudí lived between 1906 and 1925. 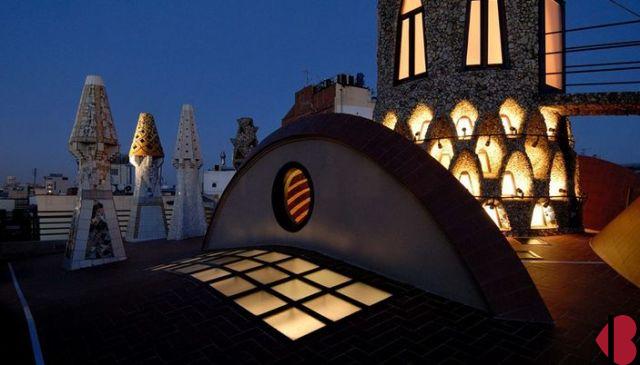 We continue our route through the historical places of Barcelona following in the footsteps of Gaudi and we headed towards the Nou de la Rambla street along the famous avenue of Las Ramblas where we find the Palau Güell personal commission of that Catalan businessman Eusebio Güell, was built between 1886 and 1890 and is part of the orientalist period of Gaudi in which he was inspired by the oriental art as in the Hispanic Islamic art, inside the palace we can find different models that Gaudi designed to build his works and various permanent art exhibitions.

The Cathedral of Barcelona 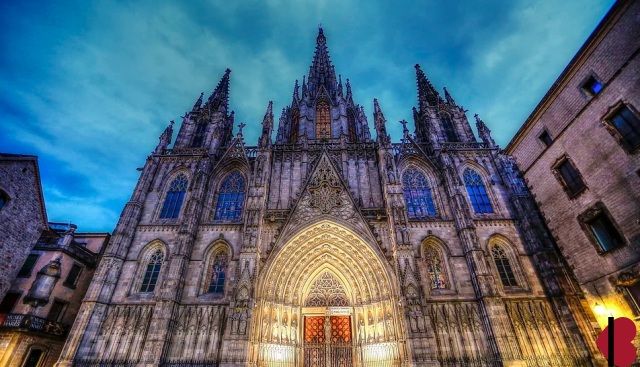 We moved to medieval Barcelona and its popular Gothic Quarter where we find the Cathedral of Barcelona also called Cathedral of the Holy Cross and Santa Eulalia (Patron Saint of the city), was built in the thirteenth and fifteenth centuries on the old Romanesque cathedral built in turn on a Visigothic church whose remains can be seen in the Museum of History of Barcelona.

One of the highlights of the cathedral is its cloister which is far from the typical quiet and meditative cloister we are used to, inside we can find beautiful gardens and ponds as well as a fountain dating from the mid-fifteenth century, where the traditional "ou com balla" (the egg as it dances) takes place on the occasion of the feast of Corpus Christi, we must also highlight its 13 geese that are always in the garden - wonder why 13? According to a legend from Roman times, little Eulalia was condemned for refusing to renounce the Christian faith and was given 13 years of martyrdom. 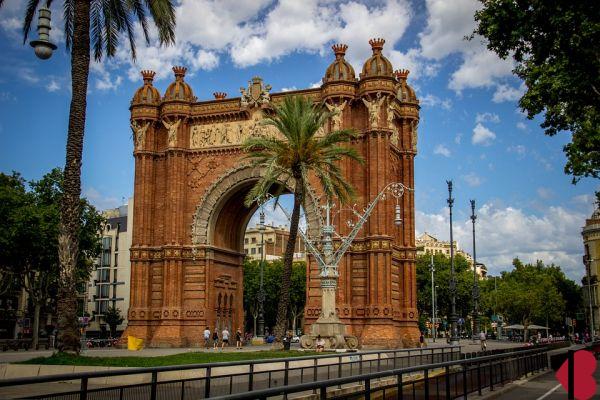 The Arc de Triomf (in Catalan: Arc de Triomf)? It is a monument located at the confluence of Paseo de Lluís Companys, Paseo de San Juan and Ronda de San Pedro, in the city of Barcelona (Spain). It was designed by the architect Josep Vilaseca as the main entrance to the Barcelona EXPO in 1888. The sculptural decoration was made by Josep Reynés, Josep Llimona, Antoni Vilanova, Torquat Tasso, Manuel Fuxà and Pere Carbonell.

Unlike other triumphal arches with a markedly military character, the Arc de Triomphe of Barcelona has a greater civilian component, characterised by artistic, scientific and economic progress. The Arc de Triomf has been used as a finish line on occasions for some of the most important popular foot races in Barcelona, such as the Jean Bouin or the Barcelona Marathon. It has also been used as a venue for festivals and musical events such as Primavera Sound. 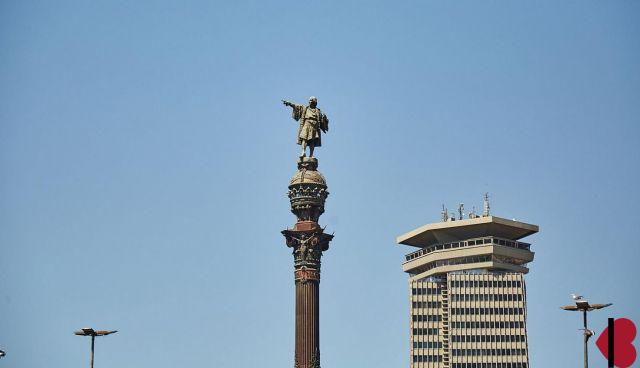 Just at the end of the popular ramblas that leads to the old port of Barcelona we find the monument to Columbus, built on the occasion of the first EXPO in 1888, the monument has a height of 57 meters around it we can see eight statues of lions and eight bas-reliefs with the shields of the Spanish provinces and the main acts performed by Columbus, inside there is an elevator that goes up to its dome from where there is a fantastic viewpoint from which you can take some fantastic pictures. 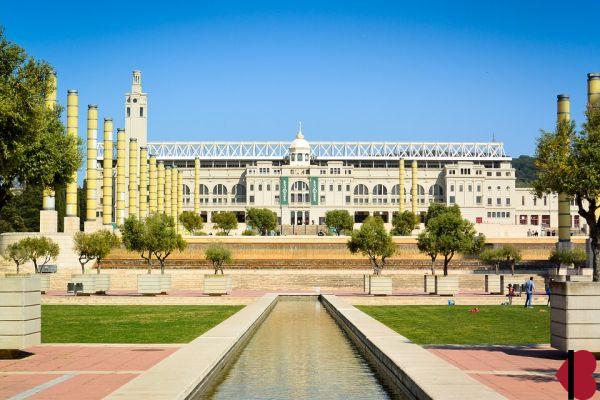 We continue our tour of the historic sites of Barcelona heading towards the mountain of Montjuic where we find the National Palace of Barcelona, built between 1926 and 1929 for the second EXPO of Barcelona and since 1934 houses the Museum of Art of Catalonia (MNAC).

The model of the National Palace, is unified in a style that at the time was called Spanish Renaissance, highlights its large central dome that is inspired by the Vatican, inside we can visit various art exhibitions such as paintings or sculptures of Catalan art. 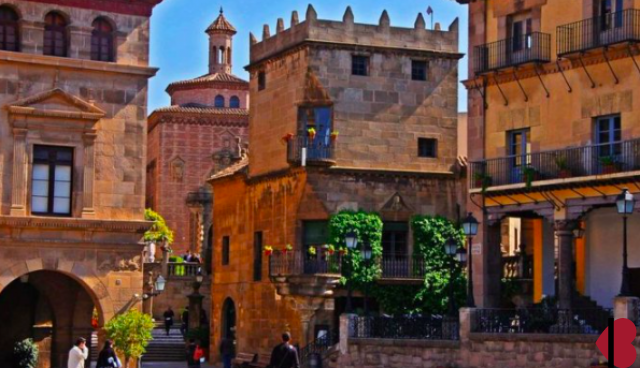 In the same mountain of Montjuic is the Pueblo Español also built for the second EXPO of Barcelona, this enclosure shows the most important monuments of all regions of Spain and is a perfect place to visit with children, inside there are different craft shops where you can buy handmade products or just watch how the artisans create their products, Now the Pueblo Español has created new audiovisual spaces where they represent the different festivals typical of all regions of Spain, also inside is the Tablao de Carmen which is one of the most popular flamenco shows in Barcelona where you can enjoy Mediterranean food and a pure flamenco show at night.

add a comment of The 10 best monuments in Barcelona