The 7 most famous traditions of Barcelona 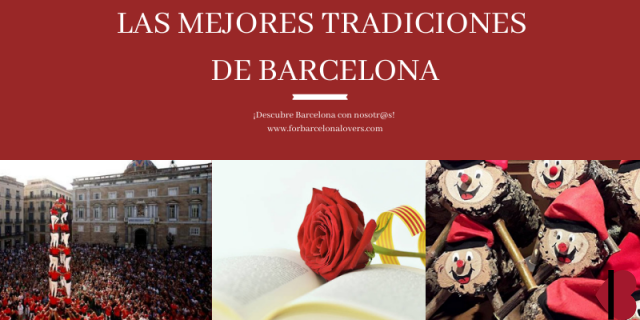 Do you want to know what are the most famous traditions of Barcelona? You're in the right place! At ForBarcelonaLovers we'll tell you everything you need to know about the best traditions in Barcelona. Let's get to it!

The best traditions of Barcelona

Barcelona is a city of Mediterranean origin with a very distinctive trait. The people of Barcelona are very traditional and very attached to their customs. That is why popular culture coexists perfectly with this wonderful city. Below, we have created a list with the best traditions of Barcelona so that, when you visit the city, you don't miss any of them. 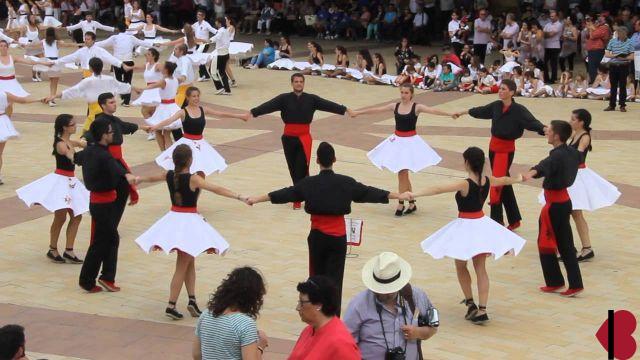 Among the best traditions of Barcelona that are still alive, we find the popular dance of the Sardana. This is a dance present in any major festival, and is one of the traditional dances of Catalonia. It is danced in circles and the participants are joined together with their hands in the air, tapping their feet. The music is played by the cobla: a band made up of eleven musicians and twelve instruments: ten wind instruments; one string instrument, the double bass; and the tambourine, which marks the rhythm and is played by the same musician who at the same time plays the flabiol (small flute that marks the characteristic beginning of the sardana). 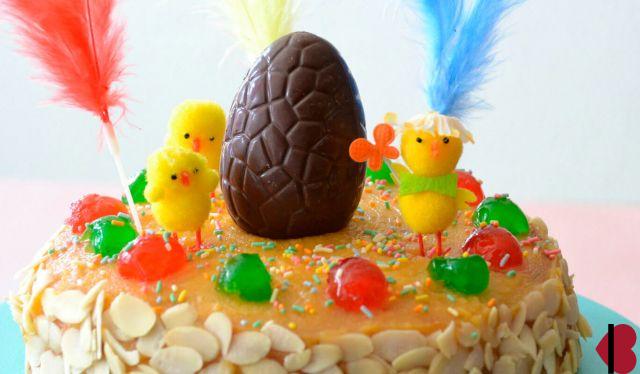 No, it's not a monkey like the ones you imagine. The Mona de Pascua is a Christian tradition that has been passed down from generation to generation. A few days before Easter, bakeries in Catalonia start selling very detailed cakes and chocolate figures. That is the Mona de Pascua.


Traditionally, the godfather gives the Mona to his godson on Easter Sunday, although the real day to taste it is Easter Monday. n. 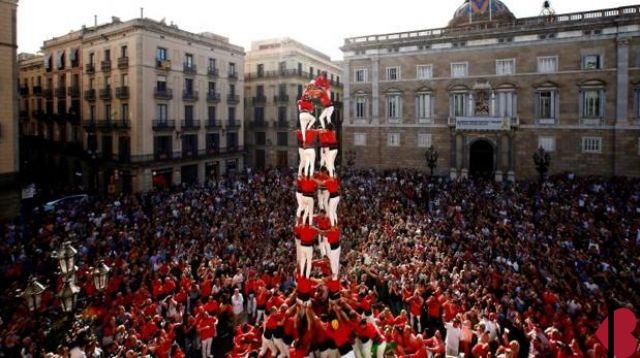 The castells are another of Barcelona's best traditions and are an integral part of the identity of Catalan culture, passed down from generation to generation. In short, these castells are human towers(in the shape of a castle) in which people climb on each other's shoulders until they get the right shape.

Every year, the most important castells performances in Barcelona take place in Sant Jaume square, where different groups of castellers gather to celebrate the Mercè or Santa Eulàlia festivities, co-patron saint of the city. 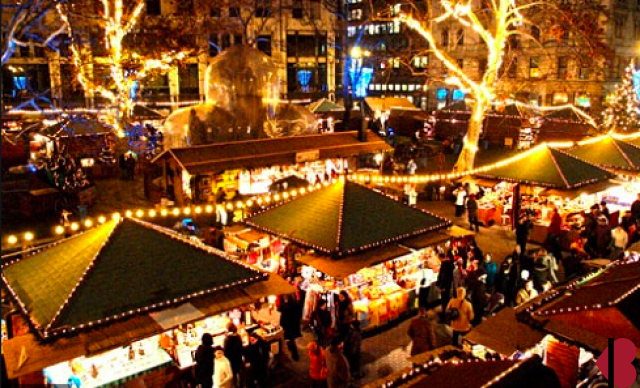 This fair is theoldest Christmas fair in Catalonia. Every year, from the 13th of December, it is set up in front of the Cathedral of Barcelona with more than three hundred stalls. In the fair we can find figures to assemble the Nativity Scene, fir trees, decorative elements, musical instruments, "cagations" and the traditional "caganers". 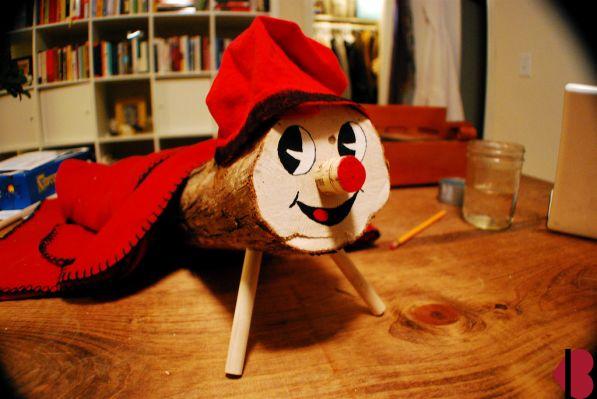 This character is nothing more nor less than a trunk with a smiling face and a barretina (Catalan cultural symbol). Days before Christmas he arrives at homes and the children have to give him food. On the 24th, the tió is covered with a blanket and the children hit it while singing popular songs. Once the song is over, it is uncovered and it is hoped that the tió has "shat" many gifts .

The rose and the Sant Jordi book 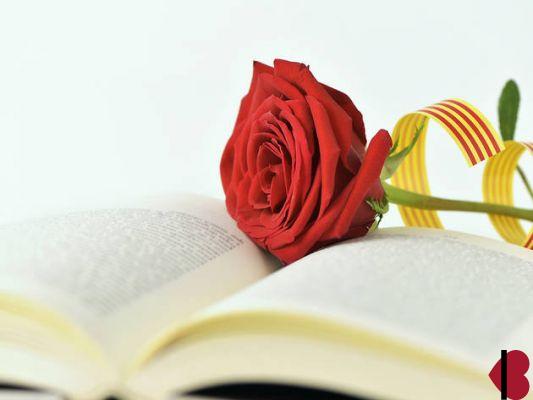 This is, without a doubt, one of the best and most beautiful traditions in Barcelona. On the occasion of Sant Jordi's Day, patron saint of the city, on April 23rd, and the official day of the book commemorating the death of William Shakespeare and Miguel de Cervantes, the city celebrates a festival with the streets full of stands with roses and books.

The tradition of the legend of Sant Jordi celebrates that men should give their partners a rose. On the other hand the day of the book is celebrated. Both traditions have merged into one and in which roses and books are given as gifts. 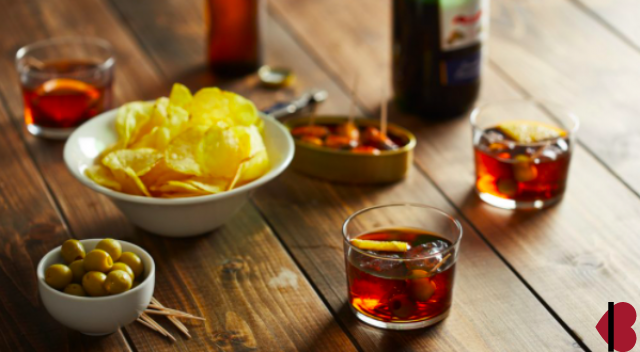 Although it may not seem like it, it is an ancient tradition celebrated on Sunday mornings. Traditionally, friends and neighbours would gather after mass and meet in the taverns and cellars of the neighbourhood to have a snack consisting of vermouth (Catalonia is a land where great vermouths are made) accompanied by a tapa ( which usually consisted of anchovies, anchovies, cockles or seafood), before eating. 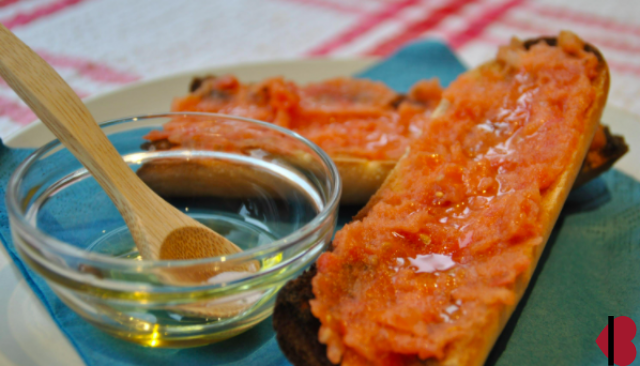 When talking about Catalan gastronomy it is impossible not to mention the "pa amb tomàquet", also called "pan amb tomàquet" or "pan tumaca". It is a typical Catalan delicacy that all visitors are dying to try.

The origin of this dish comes from the houses of the old peasants. When the bread became hard, they began to spread it with tomato and olive oil to make it softer. Nowadays it is an accompaniment to many Catalan meals. To eat it, first the tomato is spread and then a little olive oil is added. Some people rub the tomato with garlic before spreading it on the tomato to give it a spicy touch.

add a comment from The 7 most famous traditions of Barcelona

97%
We have been able to provide in 97% of times, the solutions that users were looking for when consulting our page.