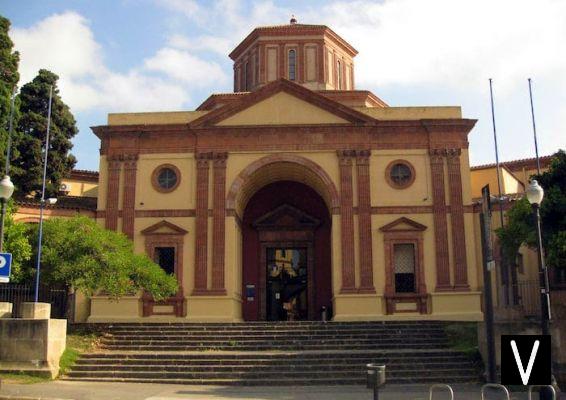 For all history and archeology lovers the Archaeological Museum of Catalonia, or MAC, of ​​Barcelona certainly deserves to be seen: the collection extends from prehistoric times to medieval times, presenting a unique collection of artifacts from prehistoric times and from the period before Roman colonization. In fact, the Archaeological Museum deepens and completes the MNAC collection, a few hundred meters away.

Collections of the Archaeological Museum

The Museum is housed inside theancient Palace of Graphic Arts, legacy of the Universal Exposition of 1929. The collections are arranged according to temporal and geographical criteria, divided into 5 thematic areas:

Other offices in Catalonia

In addition to the Barcelona office, the MAC operates several offices throughout Catalonia; the most important are:

Greek wine: from antiquity to the current cellars of Catalonia (from 29 September 2016 to 29 January 2021). The exhibition presents archaeological objects and multimedia resources to show the history of wine in Catalonia, from the arrival with the ancient Greeks to the present day. Wine had an important meaning in Greek civilization: just think of the numerous references to wine made by Homer in his Odyssey. The exhibition presents a historical journey, starting from the arrival of the vineyard in Spain, the process of transformation and the consumption of wine by Greeks and Romans to arrive at the role of Dionysus - Bacchus in the Greek and Roman Olympians.

Allow at least an hour and a half to visit the whole museum. A negative point about the MAC is the lack of explanatory panels in English: at the entrance you can take a booklet in Italian, but since the display cases are not numbered it is not easy to follow the path.

How to get to the Archaeological Museum of Catalonia

The MAC is located on Passeig de Santa Madrona, 39-41, at the foot of Montjuïc. Opposite the museum stands the Poble-Sec district, one of the most creative in the city. The closest stop is Poble-Sec, on line 3, or Plaça de Espanya, served by lines 1, 3 and 8.

The Archaeological Museum opens from Tuesday to Saturday from 9:30 to 19:00. On Sundays and public holidays the museum is open from 10:00 until 14:30. The museum closes every non-holiday Monday, January 25st, December 26th and XNUMXth.

Normal entry costs 4,5€. Those under 25, or over 65, or families of two adults and at least one child pay a reduced admission of € 3,5. Admission is free for children up to 8 years of age, it is also free for everyone every last Tuesday of the month, and on open days (12 February, 23 April, 18 May, 11 and 24 September). Who owns the Barcelona Card is entitled to a 30% discount.

The MAC is also part of the Arqueoticket network: with a single ticket costing € 14,50 it is possible to enter 4 of the most important museums in the city's History and Archeology area: all the locations of the Barcelona History Museum, or MUHBA , the Egyptian Museum, and the Born Cultural Center.

Audio Video The Archaeological Museum of Catalonia
What to eat in Barcelona: typical dishes ❯

add a comment of The Archaeological Museum of Catalonia