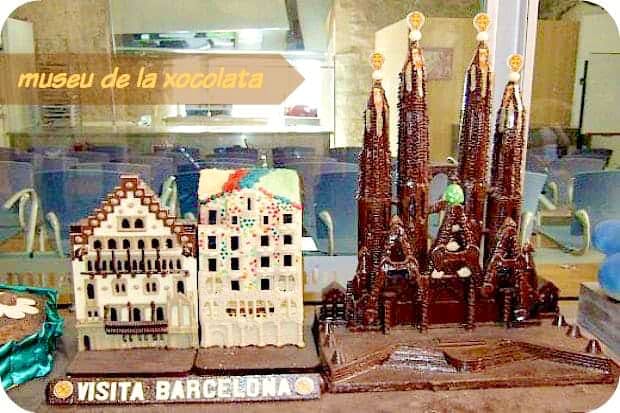 What is the chocolate museum

Il chocolate museum (Museu de la Xocolata in Catalan) is certainly not one of the most famous attractions in Barcelona, ​​however it is a fun experience to do, especially with children in tow. Located in an ancient convent, the museum presents itself as a playful path to understand the origins of chocolate, starting from its ritual use in Central America, up to its arrival in Europe, with its initial diffusion as a drink with mythological features, for then become the current mass food.

Inside the museum ample space is given to chocolate processing techniques, highlighting the role of the city of Barcelona in spreading this food to the rest of Europe, where the chocolate produced in the ciudad condal was exported. The museum's installations thus extend into different areas:

Shop - cafeteria: a space to taste hot or cold chocolate, accompanied by own confectionery, with the possibility of buying Spanish or international specialties.
Cocoa and chocolate: explanation of the production process, from the cocoa bean to its transformation into chocolate. The installations allow you to learn where cocoa comes from, where it can be found, the existing varieties and the manufacturing process.

Chocolate, a bridge between cultures: the history of cocoa and chocolate from its origins among the Maya to its arrival in Europe and the birth of the industrialization of the product.
Art and creation: chocolate as a source of inspiration for art and culture.
Pastry and chocolate: the transformation of chocolate into works of art thanks to the work of pastry chefs
Sale audiovisuali: the history of chocolate is explained in an interactive and visual form.
machinery: a path with the main machinery related to the processing of chocolate.
Barcelona room: a space where you can contemplate sculptures made with chocolate and understand their relationship with Catalan pastry.


Room for activities: the museum offers a wide range of activities, both for schools and for the public. With a certain frequency, mini tasting courses, artisan chocolate production or pastry activities are organized, with specific activities for children. To participate in the various activities it is necessary to book in advance, and they are not included in the ticket price.

The visit to the museum can easily last less than an hour, if you do not intend to participate in the proposed activities; given its central location it is easy to find yourself in the area, as the museum is very close to the Parc de la Ciutadella, the Arc de Triomf and the Picasso Museum.

The convent of Sant Agustí

The museum is located in a historic building that in the past had a relationship with chocolate, as it was used in the past as a military barracks: in the XNUMXth century the Bourbon army was an avid consumer of chocolate, and according to the ordinances, chocolate was present in the menus of the military academies of the time.

When the troops were stationed in the barracks, chocolate was usually consumed. From this habit comes the definition of chocolatiers of the ancient royal guard: being an elite corps destined to the personal guard of the monarch, the soldiers had large rations of chocolate at their disposal, so as to arouse the envy of the other soldiers.

How to reach the Museu de la Xocolata

The chocolate museum is in Carrer del Comerç, 36; close to the most famous Picasso museum and the Zoological Garden. It can be easily reached from the Jaume I metro station (line 4) or from the Arc de Triomf (line 1)

The chocolate museum opens every day from Monday to Saturday from 10:00 to 19:00; on Sundays and public holidays the museum closes at 15pm. The museum does not open on 00 and 25 December, and on 26 and 1 January.

To stay on the subject, the ticket actually consists of one chocolate bar. The price for admission is 6 euros, reduced to 5 euros for groups with more than 15 people; children under 7 do not pay. Access is free for holders of the Barcelona Card.

Audio Video The Chocolate Museum
Barcelona: all the information for traveling with children ❯