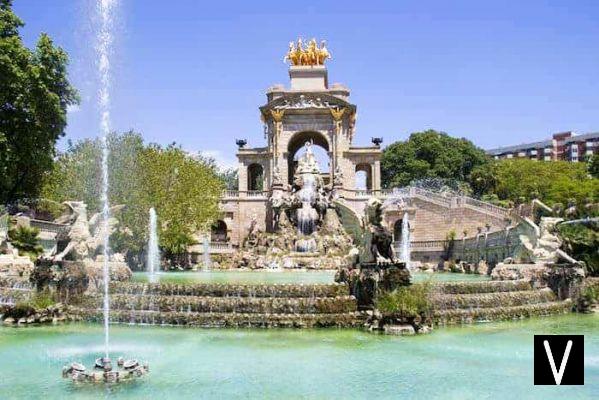 Parc de la Ciutadella was the first space made explicitly as a public park in Barcelona, ​​towards the end of the XNUMXth century. The park it hosts several attractions inside, such as the monumental waterfall, an artificial lake, the Regional Parliament of Catalonia and the Barcelona Zoo.

It is an ideal place to relax: you can stroll among its centenary trees and numerous sculptures in the open air, or lie down on the grass to sunbathe, or watch the various shows that are prepared during the day; during the summer, numerous concerts and activities for families are also held inside.

The Park and Barcelona

The history of the park, and of the area in which it stands, is very interesting to understand something more about Barcelona: the area on which the park stands is that of the ancient military citadel, hence its current name.

To better understand what happened, we need to go back to 1714: Catalonia is on the side of the defeated during the War of the Spanish Succession, and Barcelona is one of the last cities to surrender to the Bourbon troops. In retaliation, King Felipe V eliminated the privileges of self-government of the ancient kingdom of Aragon, of which Barcelona was a part, and imposed on the city the construction of an enormous military citadel, extending over 20 hectares, razing to the ground a part of the ancient district of La Ribera, that is more than 1000 houses.

Some of these events can be seen in the nearby Born cultural center, where there are traces of the ancient urban fabric prior to the construction of the military fortress. The citadel was immediately hated by the people of Barcelona, ​​as it was considered a sign of the oppression of the Bourbons, considered invaders. The opportunity to get the area back came about a century and a half later, during the revolution of 1868: the citadel was sold to the Municipality by the Spanish prime minister of the time, General Prim, to gain the support of the Catalan bourgeoisie. provided, however, that the area was transformed into a public park. The layout of the park was modified for the first time to include spaces dedicated to the Universal Exposition of 1888, and then later for the establishment of the Barcelona Zoo, which currently occupies about half of the park area.


Buildings and monuments in the park

The park is considered as a real open-air museum, due to the amount of monuments and sculptures preserved inside. Among the various attractions are to remember:

The military chapel, the governor's palace - currently home to a secondary school - and the arsenal building, currently the seat of the Catalan parliament, remain of the ancient military citadel of 1715. The latter can be visited by booking on the official website (available only in Catalan), or by taking advantage of a few open days - usually in Sant Jordi (24 June), or for La Diada (11 September).


Il castle of the three dragons 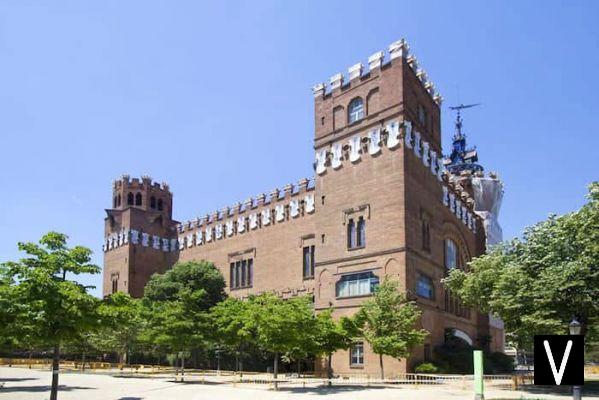 This curious building is one of the earliest examples of modernist architecture in Barcelona, designed by Lluis Domènech i Montaner. Originally built as a restaurant for the Universal Exposition of 1888, it aroused a lot of controversy due to its particular shape, which resembled that of a castle. The whole building is covered with Mudejar-style bricks, with a simple decoration of friezes with different male and female figures: among the various figures you can see those of a sailor drinking rum and a young lady drinking champagne, the only references to the fact that it was originally a restaurant. It was later converted to house the collection of the Natural Science museum, currently housed in the Museu Blau; currently closed to the public, to see the building you have to reach the north-western end of the park.

An important part of the park is occupied by the Barcelona Zoo, located on the southern side: considered one of the most important in Europe, it houses a rich selection of animals from all continents. The zoo opens every day of the year, from 10am until late afternoon.

Unfortunately the park is also popular with muggers, albeit to a much lesser extent than on La Rambla - always keep an eye out for bags, backpacks and other valuables.

The park opens every day from 10:00 until 22:30. You can get there in different ways: the nearest metro stop is Ciutadella - Vila Olimpica (line 4), but you can also arrive comfortably from the Arc de Triomf stop (line 1), and continue along the pedestrian avenue of Passeig de Lluís Companys. If you like walking, you can also reach the park from the Rambla, crossing the Barrio Gótico and that of La Ribera: in this case the distance to be covered is just over 1 km, for about 20 minutes of walking.