"Discover the Inspiring Art of Joan Miró: A Creative Journey" 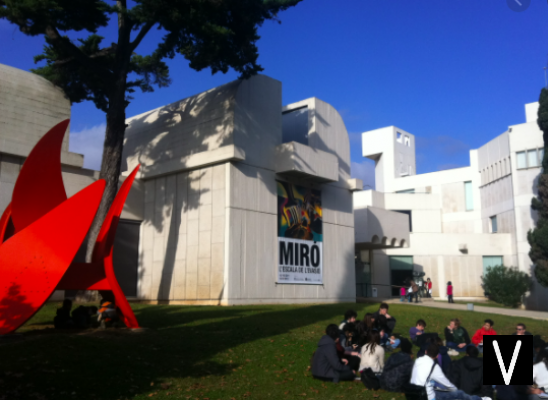 History of the Joan Miró foundation

The Joan Miró foundation was born in 1975, with the aim of preserving and enhancing the works contributed by the artist himself, in a space created specifically for this purpose: the museum contains about 10.000 works of art, including paintings, sculptures, ceramics, tapestries , or drawings.

The Miró foundation was the first contemporary art museum in Barcelona, ​​certainly constituting a breaking point and avant-garde for the city, both from an architectural and a functional point of view.

The building that houses the collection was designed by the architect Josep Lluís Sert, in collaboration with Miró himself, greatly influencing the stylistic choices: the result obtained is a rationalist building, large and full of light, with strong Mediterranean features, a symbol of the Catalan artist's bond with his land.

Miró, in addition to providing the initial artistic fund for the museum, also took care of creating numerous specific works of art, such as the large tapestry present at the entrance, as well as numerous sculptures arranged outside the building. Over the years, the foundation has expanded its artistic base, with contributions from the Katsuta collection (one of the largest private collections in the world), and the Joaquim Gomis collection, the foundation's first director, containing more than 70.000 images and documentation.

Who was Joan Miró

Born in Barcelona in 1893, Joan Miró was one of the most prolific and recognized Catalan artists of the surrealist current, as well as one of the most influential: his works are exhibited in the most important contemporary art museums in the world, and several of his sculptures or murals adorn squares and centers of numerous cities. Miró died in 1983: his grave, along with that of his wife, is in the Montjuïc cemetery, not far from the foundation that bears his name.

Final game - Duchamp, chess and the avant-garde (29 October 2016 - 22 January 2021): an analysis of the avant-garde movements of the 900th century up to the inclusion of conceptual art from a seemingly light perspective, such as the game of chess . Noting the constant presence of chess in multiple artistic currents, one can see how this game is represented by artists of very different movements, from the Fauvists of the first decade of the XNUMXth century passing through the surrealists and the various subsequent conceptual movements.

Given the extension of the museum collection, only a small part of Miró's works are on permanent display in the museum rooms: other works are instead presented through temporary exhibitions, able to focus on an aspect of the Catalan's work, or build a transversal path capable of embracing Miró's work in a different way.

The promotion of contemporary art is one of the foundation's objectives, and part of the museum, Espai 13, is dedicated to temporary exhibitions by young artists, including the winners of the previous year's Miró prize.

The photography initiative at the vestibul is also important, with temporary photography exhibitions: the current exhibition Casa Bloc by Irena Visa will remain on schedule until May 8, 2016. The Casa Bloc is a social housing building with a strong rationalist architecture: the photographer portrays the last generation of tenants who actually lived in the Bloc House, photographing the contrast between the living reality of the inhabitants and what was imagined by the architects of the original project.

The Joan Miró foundation is located on Montjuïc, accessible by bus from Plaça de Espanya with line 150, or by getting off at the bus Turístic (red line) and Barcelona bus Tour stops of the same name. The foundation can be reached either by funicular (from Paral-lel metro station, lines 2 and 3), or by taking the cable car.

Normal entrance costs 12 euros; those over 65 can ask for a reduced ticket, at 7 euros; children under 15 are entitled to free admission. Admission to the temporary exhibition alone costs 7 euros for the full rate, and 5 for the reduced rate. Audio guides in Italian are available, obtainable at a cost of 5 euros. Admission for Espai13 only is 2,50 euros. The Foundation is part of the tourist circuits of the Barcelona Articket, and of the Barcelona Card: holders of these service cards can enter without paying any ticket.

add a comment of "Discover the Inspiring Art of Joan Miró: A Creative Journey"