The markets of Barcelona 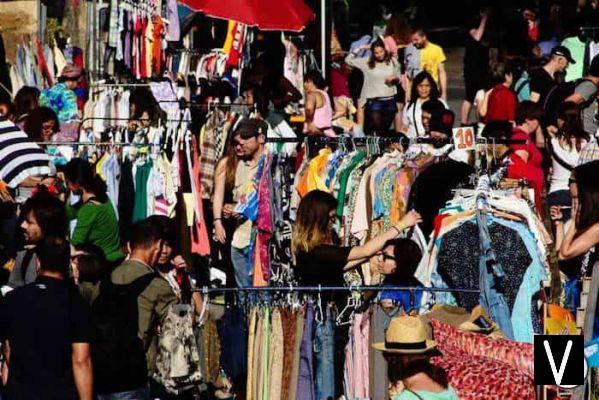 In recent years Barcelona has experienced a real explosion of second-hand markets: among the reasons of those who buy there is certainly the return to the search for vintage objects and clothes, for others it is an opportunity to try to make a deal (in colloquial Spanish called chollo, or ganga), in any case Barcelona offers a wide choice of markets every week that can satisfy everyone's needs.

If Madrid is famous for its extensive Sunday rastro, Barcelona has one of the oldest markets in Europe on its side: the Mercat dels Encants. In addition to these, in recent years some very interesting markets have established themselves: among these the Flea, the Barcelona Vintage Market, il Saints Second Hand, or the Todo for 1 euro, just to name a few. Some were born informally, others received the support of neighborhood associations or social centers, in any case they all manage to attract numerous visitors.

It can be said that for lovers of the genre Barcelona has now become a point of reference, with a wide range of choices according to their tastes: from real flea markets, to those of independent artists and craftsmen, up to those of dedicated to used clothes. This list by no means pretends to be exhaustive, however the major events are described, and the most stable ones. Most of the markets take place outdoors, so it is worth checking the various official pages to find out if they are postponed in case of bad weather. 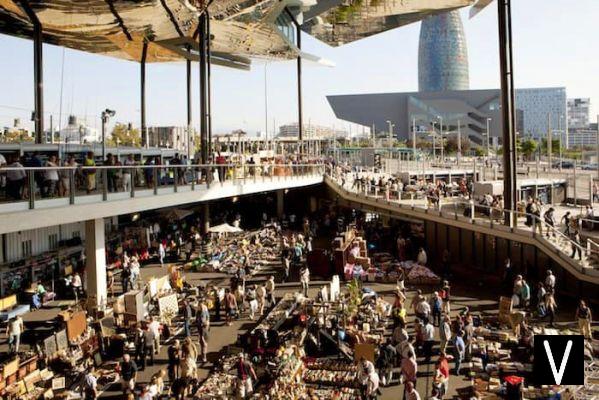 Mercat dels Encants
Perhaps the Mercat dels Encants is the most characteristic market Barcelona, ​​certainly one of the oldest in Europe: there is evidence of a market in the area as early as the 2013th century. In XNUMX it was reformed, giving it a futuristic roof designed by the architect Fermin Vazquez, in the same area as Plaça de les Glòries. One of its most peculiar characteristics is that of daily auctions, starting at 7 in the morning. You can buy pretty much anything in Encants: clothes, furniture, antiques, collectibles, electronics, cosmetics, books and games. One of the best-stocked markets, it's worth returning to.

Plaça de les Glòries Catalanes, Glòries stop (red line 1). Every Monday, Wednesday, Friday and Saturday, from 9:00 to 17:00. This is the official site. 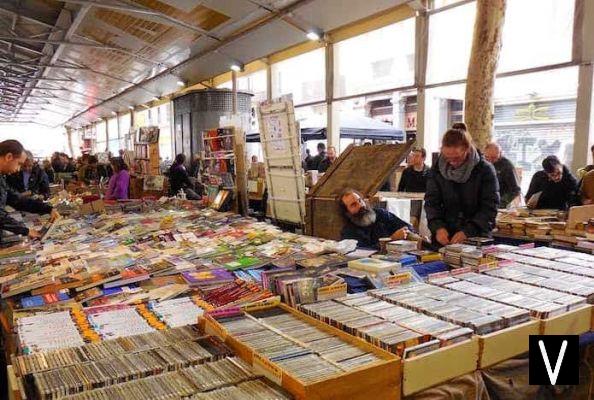 Sant Antoni Sunday Market
Sant Antoni è the largest market for books and collectibles of all Barcelona, ​​and probably one of the largest in Europe. Excellent selection of vinyls, you can find really everything, being able to deal with extremely competent sellers, however even book lovers and collectors in general will not be disappointed at all.

In front of the homonymous market, Sant Antoni metro (line 2). Every Sunday from 8:30 to 14:30, in Plaça. Here you can consult the website.

Run by a non-profit association dedicated to promoting second-hand markets, it is actually made up of two distinct markets: the Fleadonia and Flea. The first is held in Raval, the second in Drassanes, near the old port. Both offer a large assortment of second hand items and clothes - they are quite busy, so go early. In some periods of the year extra markets are organized, more information is available on their website.

The Flea is held every second Sunday of the month, from 10:00 to 20:00 in Plaça Blanquerna, behind the Museu Maritim, (metro line 3, Drassanes stop); The Fleadonia instead is held on the first Sunday of the month in Plaça Salvador Seguí, in the Raval (metro Liceu, line 3).

Another very crowded market, the Barcelona Vintage Market offers a wide choice of objects and clothing, obviously aimed at vintage: it is easy to find something to your taste. Organized in the Universitat de Barcelona, ​​near Plaça de Catalunya, it is very easy to reach: it is advisable to arrive early as it tends to get quite crowded during rush hours.

First Sunday of the month, from 11:00 to 20:00. Entrance in Carrer Balmes, at the corner with Gran Vía de les Corts Catalanes, Universitat metro (lines 1 and 2). Here you can find the link to the official website.

Held in front of the Sants train station, Segona Mà Sants is a very large market, with over a hundred exhibitors, offering a wide choice of interesting objects and products. Here, too, vintage is king, those looking for cheap clothing will be thrilled. 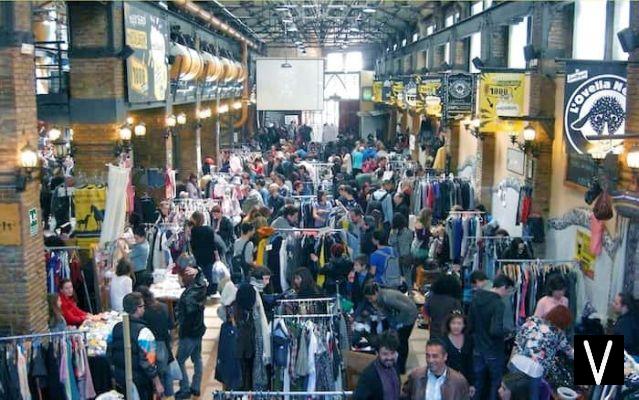 Everything at 1 euro
The Todo at 1 euro boasts of being the cheapest market of Barcelona, ​​and judging by the lines that form to enter, there must be more than a grain of truth. Born in 2010, it is currently organized inside the Ovella Negra, a huge historic venue in Barcelona: you can find vintage clothes and accessories at very competitive prices.

The 1 euro Todo is held every first Sunday of the month in Carrer Zamora, 78, in the Poblenou district. The closest metro stop is Bogatell, on line 4. Admission costs € 1.

Organized within the cloister of the monastery of Santa Isabel, in the Sarrià district, the Zoco Barcelona offers mainly clothing for men and women, costume jewelery and handicrafts, produced by local artists and stylists, quite famous within the Barcelona scene. Great for those looking for original and trendy clothing and accessories, without spending a fortune. Free entry, with free tapas and wine.

Carrer de Rocabertí, 12, Sarrià, Sarriá metro (line 6). To find out when the next event will take place, check the official facebook page.

Another historic market in Barcelona, ​​that of Plaça Reial is mainly aimed at collecting. It is held every Sunday in the splendid choreography of Plaça Reial, from 10:00 until the afternoon, next to the Rambla dels Caputxins. Collectors will certainly find some rarities, but the sellers are almost all very well prepared, so it won't be easy to get a good price.

The Festivalet is a traveling market that does not offer second-hand items, but hand-made products by young artisans or artists, held once a year in December. It has often been a springboard for successful careers in the fashion world, so it's worth taking a leap.

All information for the annual event is given on the organization's facebook page.

What to see and do in Barcelona