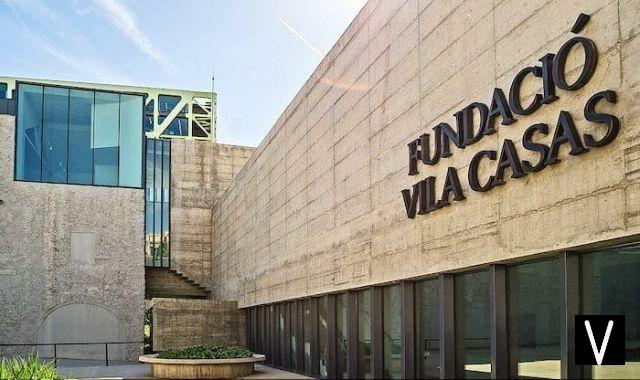 The Vila Casas Foundation is a private body that deals with contemporary art, photography and sculpture. Its various museums are located in Barcelona and in the province of Girona: the museo Can Framis, in Barcelona, ​​he deals with contemporary painting, the Palau Solterra museum, in Torroella, is the photography museum, while the Can Mario museum, in Palafrugell, is dedicated to contemporary sculpture; the latter two museums are located in the Baix Empordà, a region of the Costa Brava belonging to the province of Girona. In addition, the foundation manages an exhibition space in Barcelona, ​​dedicated exclusively to temporary exhibitions: theEspai Volart. The foundation also awards a prize every year to the most promising artists, offering them the opportunity to exhibit their works in a personal exhibition within their facilities.

The Can Framis Museum

The Can Framis Museum was recently inaugurated in Barcelona, ​​in April 2009, and is completely dedicated to contemporary painting. Inside are exhibited approx 300 works of art, covering a period ranging from the end of the 60s to the present day, belonging to various artists, Catalan or international. The museum has an exhibition space dedicated to temporary exhibitions, called Espai A0. The works on display are only a small part of those owned by the foundation, so every year the museum completely changes the works on display. In addition to this, the foundation presents a rich program of temporary exhibitions in all its structures.

Can Framis was a late 22th century textile factory owned by the Framis family, located in the Poblenou district, once an area so full of industrial activity that it is known as the Catalan Manchester. With the decline of manufacturing production, many industries closed or moved elsewhere, leaving several such buildings vacant. The redevelopment of Poblenou and the establishment of the XNUMX @ technological district have radically changed the physiognomy of the district, and Can Framis is an example of such urban rehabilitation.


Temporary exhibitions at Can Framis

Gerard Mas - Brut Nature (from 19 September to 18 December 2016). Individual exhibition of the Catalan artist Gerard Mas, specialized in sculpture and stone carving: his work is aimed at paradox, contradiction, irony and decontextualization.

Various artists - 2016 painting prize (from 19 September to 18 December 2016). The Vila Casas Foundation offers awards in painting, sculpture and photography annually. In rotation every year he dedicates himself to one of the disciplines, and 2016 is the year dedicated to painting. The award ceremony will take place on 19 September 2016, followed by the exhibition of the finalist works in the museum's exhibition spaces. 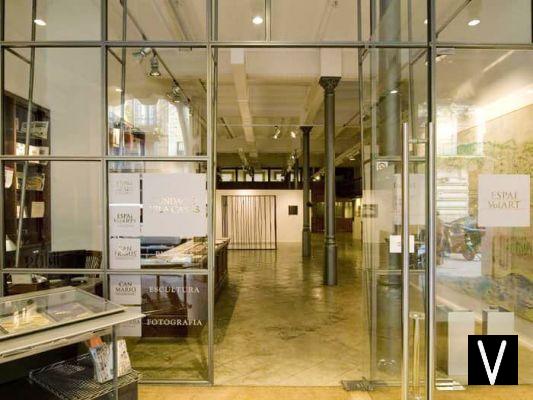 The Espai Volart is an exhibition space of the museum dedicated exclusively to temporary exhibitions by artists who are part of the fund of the collection. Opened to the public in 2002, it occupies the warehouses of the modernist villa Casa Antonia Puget, at Carrer Ausiàs Marc 22. The building was built in 1904 by architects Roc Cot i Cot and Ramon Viñolas. Towards the end of the XNUMXth century the spaces currently owned by the foundation belonged to the Volart de Puntes i Teixits company, and were used as warehouses for lace and fabrics, a characteristic example of the Catalan textile production and trade of the time.

Temporary exhibitions in the Espai Volart

Ramon Rogent and Josep Roca-Sastre - Open the windows (from September 15 to December 18, 2016). The exhibition is dedicated to two Catalan painters with geometric, rhythmic and compositional affinities, as well as an innovative vision of art.

Jo Milne. I do not make predictions but excuses (from September 15 to December 18, 2016). Starting from a reflection on the visual constructions with which scientific models are represented - concretely the quantum theory of strings - Jo Milne (Edinburgh, 1966) begins a journey on landscapes and cartography that traces the invisibility of hypotheses and abstract formulations.

How to get to the Museu Can Framis

The Can Framis museum is located at Carrer Roc Boronat, 116-126. The closest metro stations are Glòries (red line 1) and Poble Nou, and Llacuna, both on yellow line 4. The museum is not served directly by the Bus Turístic, however the closest stop is Plaça del Bogatell - Cementiri del Poblenou, on the green line, about 700 meters from the museum. In the area, a few hundred meters away, you can reach Plaça de Les Glòries Catalanes, with its characteristic Torre Agbar. It is worth getting there: if your desire for contemporary art is not yet over you can take a trip to the Museu del Disseny, instead if you want to completely change genre, the dels Encants market is held every day in the square: it is one of the largest markets in the city, where you can find anything.

The Can Framis Museum is open Tuesday to Saturday from 11am to 00pm, and Sunday from 18am to 00pm. The museum is closed every Monday, and from 11 December to 00 January.

The cost for the full entrance ticket is € 5, while the reduced one is € 2. Those over 65 years of age, students up to 25 with a university card and holders of the Barcelona Card are entitled to reduced admission. To access temporary exhibitions only, the cost is € 2 for everyone.

How to get to Espai Volart

Espai Volart is located at Carrer Ausiàs Marc, 22, roughly halfway between the Palau de la Musica Catalana and the Arc de Triomf. To arrive by metro, the closest stop is Urquinaona, served by lines 1 and 4. With the Bus Turístic, the closest stop is Plaça de Catalunya, shared with the red and blue lines.

add a comment of The Vila Casas Foundation - Can Framis Museum