Not just beaches: Barcelona offers a wide range of parks and public gardens, which contribute to making it very livable. From the monumental Parc Güell, one of the very symbols of the city, up to the Italian gardens of Labyrinth of Horta, an oasis where you can find refreshment during the hot summer days, the choice is wide and varied. All the parks are generally accessible by bike or strollers, in the larger ones there are picnic areas, and they are always pet-friendly, as well as often offering wonderful views over the city. Of the more than 70 public parks and gardens in Barcelona, ​​we have selected only a few, trying to offer the widest possible overview. 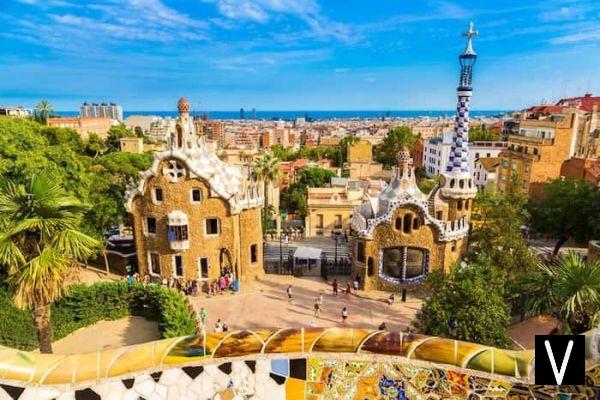 Parc Güell, an emblematic work of Antoni Gaudí, is one of the symbols of Barcelona: it is a unique space, where architecture and nature are perfectly merged for an extraordinary result. Declared a UNESCO World Heritage Site in 1984, it is one of the most popular attractions of the Ciudad Condal. The monumental area of ​​the park is accessible only with the purchase of a ticket, however the entrance to the park itself is free. Find more information about the park by reading the dedicated article, with timetables, prices to enter the monumental area, and things to see.

The main access to Parc Güell is located in Carrer Olot: by metro you will arrive at the Lesseps or Vallcarca stops (both on line 3), adding a quarter of an hour of walking. With the tourist bus you can get off at the Parc Güell stop, on the blue line. The park's opening hours roughly coincide with those of sunlight during the season. 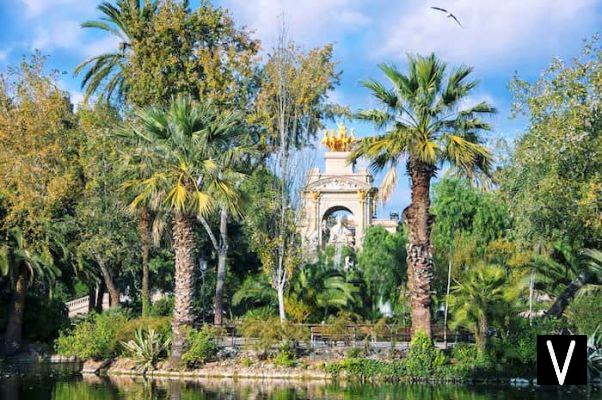 The first public green space in the city, the Parc de la Ciutadella it is the largest in Barcelona. The area where it stands was previously occupied by a military citadel, which was then demolished. The park is so large that it can also house the Barcelona Zoo, one of the most important in Europe, as well as numerous monuments and historic buildings. The history of the park is emblematic of the relations between Catalonia and the rest of Spain, and allows a better understanding of the development of Barcelona: it can be read in greater detail, along with much other information, in this article.

You can easily reach the park from the center - it is a 15-minute walk from the Cathedral - or by metro getting off at the Ciutadella - Vila Olimpica stop (line 4). The park opens from 10:00 until 22:30, every day of the year. 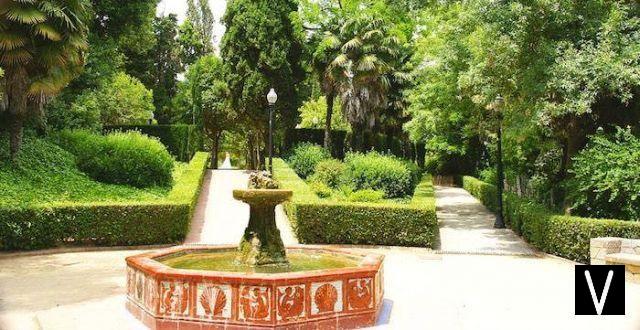 I Laribal Gardens they are one of the pearls of Montjuïc: the variegated vegetation is perfectly combined with the water features of waterfalls and fountains, allowing you to stroll among pergolas and squares of exceptional beauty. Inside the gardens there is also the the first public rose garden in the city, known as the Colla de l'Arros. If you are taking a walk on Montjuïc it can be a good place to stop for a rest. Inside the gardens there are several statues of the early twentieth century, mainly of art deco.

The Jardines de Laribal are located next to the Miró Foundation, on Montjuïc the gardens are open every day from 10:00, and are closed at sunset. 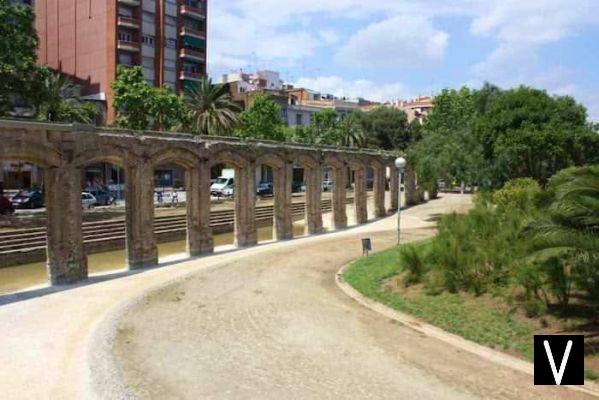 Developed on a former industrial area and the old railway station of the same name, the Clot Park it is an example from which many Italian cities could take inspiration. A part of the industrial structures was reused as furnishings for the park, such as the arches of the train repair shops, transformed into an aqueduct that feeds the artificial lake. It is certainly worth a visit if you are in the area, perhaps combined with a visit to the Dels Encants Market, the largest market in Barcelona, ​​a 10-minute walk away. To conclude, the park offers a large play area dedicated to children.

Located in the Sant Martí district, the park is 1,5 km from the Sagrada Familia, and just a 10-minute walk from the Museu del Disseny and Torre Agbar, making it an ideal spot for a packed lunch. The closest metro station is Clot (lines 1 and 2), but you can also get there easily from Glòries. The park is open every day from 10am to 00pm.

Gardens of the Royal Palace of Pedralbes 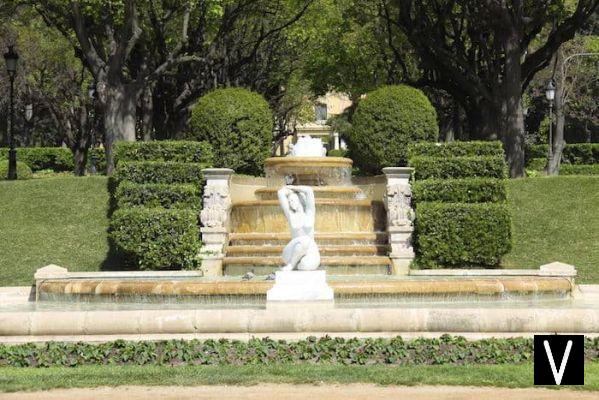 Although the Royal Palace of Pedralbes currently hosts an international government institution - the Union of the Mediterranean - so it cannot be visited, its gardens are instead freely accessible: one of the most interesting green corners in Barcelona. Note the fountain of Hercules, with a bust of the Greek hero above the shield of Catalonia, work of Gaudí: the entire land in fact belonged to Count Eusebi Güell, patron of the architect, who gave the palace and garden to the king of Spain to thank him for the noble title he had just conferred. The pergola of climbing plants is interesting from an architectural point of view for being one of the first examples of a hyperbolic vault used by Gaudí later in the design of the Sagrada Familia. The gardens annually host the festival of the same name, one of the highest quality events in the Barcelona music scene, with musicians of the caliber of Charles Aznavour, Paolo Conte, Patti Smith, Joan Baez and George Benson.

The entrance to the gardens is located along Avinguda Diagonal, 686: you can easily reach it by metro, getting off at the Palau Reial stop, on line 3. If you are in the area you can continue your visit with the sacred or the profane: towards the north you can reach in 10 minutes the Monastery of Pedralbes, one of the best examples of Catalan Gothic; to the south, however, you are close to the Camp Nou, one of the temples of today's football. 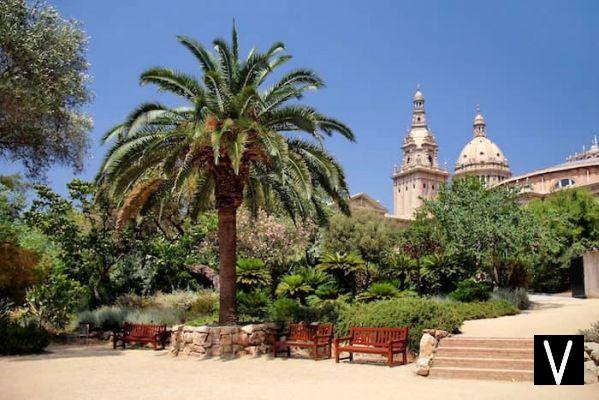 Photo by Jorge Franganillo
Not to be confused with the botanical garden - located on the other side of Montjuïc - the historic botanical garden was the first institution of its kind in Barcelona. It is a real hidden gem, incredibly quiet when you consider that it is practically behind the MNAC, one of the most visited museums in Barcelona. It is a very cool place: facing north and protected by steep slopes, within the garden there can be differences of 2-4 ° compared to the average, favoring the development of continental plants that are difficult to see elsewhere in the city. Admission is free.

The entrance to the garden is located behind the MNAC car park, near the escalators that surround the monument to Frances Ferrer i Guàrdia. The gardens are open every day from April to September from 10am to 00pm, and from October to March from 19am to 00pm. It is closed on 10 June, 00 December and 17 January.

Park of the Labyrinth of Horta 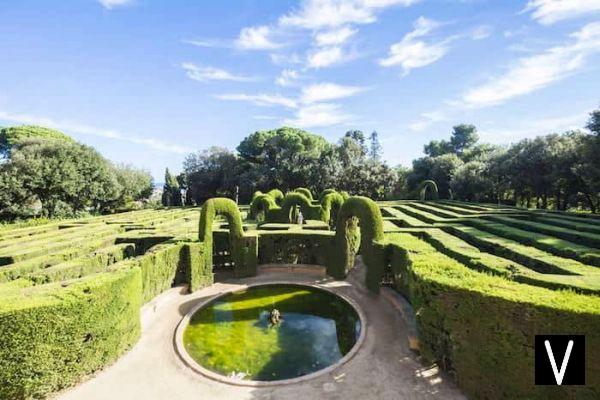 The Labyrinth Park of Horta it is the oldest still existing park in the city: its construction began in 1791, on behalf of a local noble, the Marquis of Llupià, as a private garden. Initially designed in the neoclassical style, it was later enlarged in the romantic style, to be finished in 1853: inside you can find both elements typical of the Italian garden and the French one. The park is most famous for its maze, an element of the original project, however, it offers numerous wonderful views. If you feel like walking, you can try to reach Tibidabo, in about 60-90 minutes of walking: it is a fascinating route with wonderful views over the whole city.

The park is located on Passeig de Castanyers, 1, in the district of Horta. It can be easily reached by metro, getting off at the Mundet stop, on line 3. The park opens every day at 10:00 and closes at 20:00 during the summer period (from April 31st to October 19st) and at 00:31 in winter (from November XNUMXst to March XNUMXst).

Audio Video Barcelona: 7 parks where you can breathe the green
The Museum of World Cultures ❯

10 things to do in Barcelona in the summer

5 Escape Rooms to try in Barcelona

Useful tips for the PortAventura park

add a comment from Barcelona: 7 parks where you can breathe the green

96%
We have been able to provide in 96% of times, the solutions that users were looking for when consulting our page.