Getting to Barcelona by car 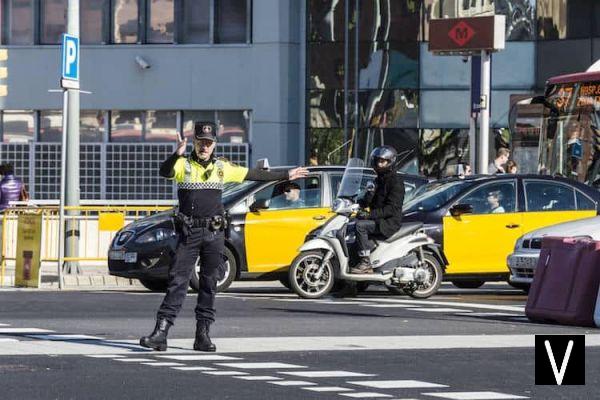 Before continuing: there is the possibility to board the car by ferry and to disembark directly in Barcelona. Closed the parenthesis, let's see better how to face the journey.

From Ventimiglia to Barcelona there are exactly 700 km away; I say from Ventimiglia, because in general crossing the Alps from Frejus is not worthwhile, since the toll is € 44,90, and in general, unless you live in Piedmont, the route is longer. The route runs throughout the French south, for a total of about 550 km. The stopping possibilities are many, Provence and Languedoc are two of the most beautiful regions in France, with many things to see: Nice, Aix, Arles, Nimes, Montpellier, Narbonne and Perpignan are all along the way, also with small detours you can easily reach both Avignon and Marseille.

The cost of motorway tolls in France and Spain is similar to the Italian one, therefore essentially expensive. For 2021, the fare for the fastest route in France would cost around € 45, plus another € 17 in Catalonia, certainly spending more than fuel.

The prices of petrol and diesel are very similar in Italy and France, while in Spain a full tank is 10% cheaper. LPG is widespread both in France (called LPG), with a good number of stations, and in Spain (GLP in Spanish), as can be seen in this other map. In Spain to refuel with LPG it is necessary to use a bayonet adapter, in France the most common is the dish type connection. In Spain, LPG supplies are generally not found on the motorway, but just outside the interchanges.


For methane, on the other hand, there are few distributors in France, but more than enough to refuel during the journey from Italy to Spain. An ATM is often required for payment. Methane is not widespread in the Iberian country either, but Catalonia is the region with the most distributors, so there shouldn't be any problems. The abbreviation of methane in France is GNV, in Spain GNC. Unlike in Italy, refueling is usually self-service in both countries.

Rules of the road

There are some differences in driving in France and Spain, for the most part these are common sense rules.

In France it is the seat belt is compulsory also on the rear seats, in addition to child seats for children under 10. The limit on the motorway is 130 km / h, reduced to 110 km / h in case of bad weather. The limit for blood alcohol is 0,5 g / l. In some cities, foreign cars with no parking can be blocked with jaws, until the fine has been paid. Pay close attention to speed limits as French law is particularly tough on traffic offenses.

The limit on the motorway in Spain is 120 km / h, seat belts are also mandatory at the back, and there is an obligation to have the triangle, spare tire and spare bulbs, even if this is rarely taken into account. The alcohol limit is 0,025 g / l, reduced to 0,015 if you have had your driving license for less than two years. Watch out for pedestrian crossings - pedestrians expect you to stop all the time.

Parking in Barcelona is a thorny issue for those coming from outside the city: finding a place in the center is very difficult, and when you can, the rates are very expensive and the length of stay very limited. Since public transport works very well, it is best to look for a hotel with parking included. I strongly advise against leaving your car in an unattended parking lot for the night, those with foreign plates are a favorite target of thieves.


Within Barcelona, ​​car parks are divided into three categories:

Rent a car in Barcelona

Most of the hirers are located around El Prat Airport, Sants train station and Estació del Norte bus.

Audio Video Getting to Barcelona by car
The Joan Miró Foundation ❯

What to do in case of theft in Barcelona

Add a comment from Getting to Barcelona by car

98%
We have been able to give 98% of times, the solutions that users were looking for when consulting our page.