The Museum of Design 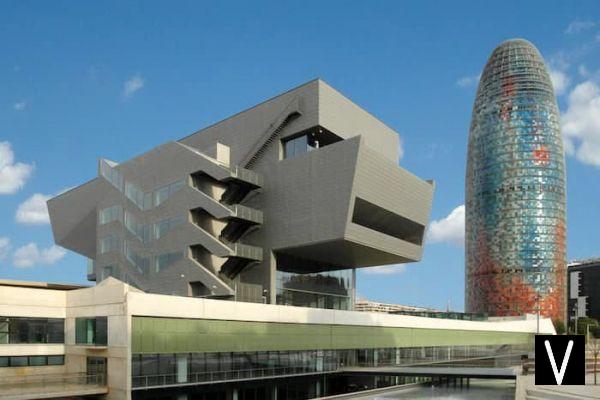 The Museu del Disseny in Barcelona takes care of arts related to the object and design. Inaugurated in 2014, it is the result of the integration of the collections of 3 pre-existing museums: the Museum of Decorative Arts, the Museum of Ceramics and the Cabinet of Graphic Arts. The common denominator of all the collections is the object, and everything that it has meant in the past or in the present: from its conception, creation and production, to its use, related to time and society, from the artisanal and pre-industrial period to at the industrial and digital age.

The museum holds a collection of 70.000 objects traditionally classified in the decorative arts or applied arts, from the fourth century BC to the present day, with unique collections of international resonance, such as that on medieval fabrics, the Catalan enameled glass of the sixteenth century or the ceramics of Alcora. The museum is housed in the Disseny HUB Barcelona building in Plaça de Les Glòries, unofficially called the grapadora (the stapler), an architectural work expressly designed to house and exhibit the numerous collections of the museum fund. The museum does not exhibit its collection in a classic way, but organizes its spaces into 4 permanent exhibitions, changing them periodically in the medium term.

The museum manages guided tours of the Casa Museo de la Casa Bloc, Vivienda 1/11, a symbol of Barcelona's rationalist architecture of the 30s. The house was part of a project of the time aimed at improving the living conditions of the workers, but the outbreak of the Spanish civil war prevented the development of other projects in this sense. The interior of the house contains the original furnishings, part of the same project. It is possible to see the house by taking a guided tour, but it is necessary to book in advance. 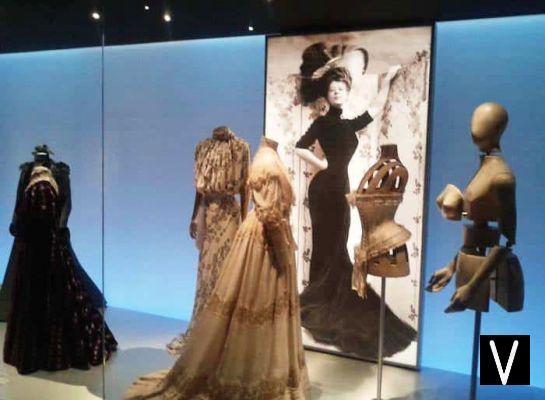 Permanent exhibition - The dressed body
The dressed body. Forms and fashion (1550 - 2015). Since ancient times, humans have altered the shape and appearance of their bodies with hairstyles, jewelry, tattoos and, above all, with clothing. The different ways of dressing have to do with the moral, social and aesthetic codes of each era. Fashion imposes canons of beauty and shapes and volumes change: naturalness gives way to artifice. The dress changes the proportions and changes the relationship of the person with respect to space and other individuals.

¡Extraordinarias! Collections of decorative arts and craftsmanship (XNUMXrd - XNUMXth century). This exhibition proposes a chronological path, from the third to the twentieth century, among the distinct collections, preserved in the museum, of ceramics, fabrics, furniture, glass, miniatures, watches, painted paper and other objects, for a total of 1200 objects. The arrangement makes it possible to appreciate the value of the collections and at the same time establish distinct relationships between them. In the part concerning the first third of the twentieth century, the exhibition introduces artistic craftsmanship, such as glass, ceramics, enamel and jewelery, mainly produced by Catalan artists.

Graphic design, from profession to profession (1940 - 1980). For some years now, the Museo del Disseny has been proposing to bring together a significant collection from the end of the XNUMXth century to the present day, in order to trace the history of graphic design through its collection. This first exhibition is dedicated to that generation of poster artists, or advertising designers, who at the end of the civil war gave the impetus towards the professionalization of their profession, following an evolution similar to other European countries.

From the world to the museum. Product design, cultural heritage. In almost everything we do during the day we use one or more objects. To sit down we use a chair, to wash clothes a washing machine, to see we turn on a light ... Objects with multiple design and functions, which have accompanied us throughout our lives and which show us how as the world changes, so does what it is done by objects. Why then do certain specific objects and not others become part of the museum's collection? Each of the pieces on display are considered a representative example of the design of its time, of the different technical and material innovations proposed by its authors, as well as of its socio-cultural resonance.

Tapas. Spanish Design for Food (8 March 2021 - 21 May 2021): the Tapas exhibition presents a selection of Spanish projects aimed at the world of food. A brief historical introduction relates the history of eating to the world of art, photography and cinema, explaining the origin of tapa, this unique way of sharing typically Spanish food.

David Bowie Is (May 25 - September 2021): the exhibition, directly from the Victoria and Albert Museum in London, has already received more than one million visitors in various cities, such as Berlin, Paris and Chicago. The multidisciplinary dimension of Bowie's work perfectly shows the connections between art and design, especially in the field of graphic design and fashion. Bowie Is is the definitive retrospective on the English singer, in which Bowie himself participated in the making.

How to get to the Design Museum

The Museu del Disseny is located in Plaça de les Glòries Catalanes, 37-38. You can easily get there from the nearby metro stop, Glòries, on line 1. Glòries is also home to the dels Encants market, one of the largest and most characteristic second-hand markets in Barcelona; the market is held every day, so it's easy to pop in, just cross the square. The Museu del Disseny is not currently served by the Bus Turístic: the closest stop is the Sagrada Familia (blue line), about 1 km away.

The price of the full ticket for the permanent collections costs € 6, while the reduced ticket costs € 4. Admission to temporary exhibitions is € 4, if reduced instead of € 3,30. The combined ticket costs € 8 if at full rate, while it is € 5,50 if reduced. Young people aged between 16 and 29, over 65s and holders of the Bus Turístic discount booklet can enter with reduced admission. The entrance is free every Sunday afternoon, from 15:00 to 20:00, and on the first Sunday of the month throughout the day, on the open days of 12, 13, 14 February (Santa Eulalia) and 24 September (Virgen de la Mercé) ; in addition, children under 16 and holders of the Barcelona Card enter for free. Admission to Casa Bloc costs € 4 for everyone.

Audio Video The Museum of Design
The Egyptian museum of Barcelona ❯