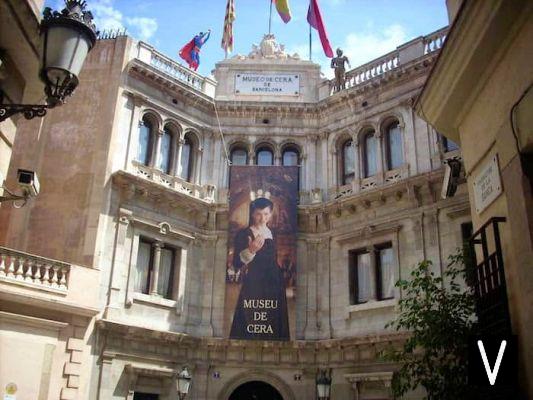 Il Barcelona wax museum (in Catalan Wax Museum - Museu de Cera) is located at the beginning of the Rambla, a hundred meters from the Mirador de Cólon. It is located inside the ancient headquarters of the Bank of Barcelona, ​​in a neoclassical building from 1867. In 1973 the bank moved, and so the owner of the time decided to make it a wax museum, to make the most of the scenography of the 'building.

Although not as large as its counterparts in London and Paris, the Barcelona museum offers an interesting experience, thanks to the more than 200 characters reproduced, arranged in rooms with great attention to detail and furnishings. Inside the various rooms there are reproductions of historical, literary characters from cinema and current affairs, with a particular eye to the Spanish ones.

The museum consists of several rooms, some of them with the original bank furniture.

During some periods of the year it is also possible to take guided tours at night: some are specifically designed for children, while others are for horror lovers.

In the building in front of the Museu you can find a curious shop, il Passage of Time, managed by the same property. In principle it is a gift shop, with numerous design objects and some oddities, including a good collection of origami, to the delight of lovers of the genre. Paying a visit is not a bad idea, especially if you are looking for something picturesque to give.

At the bottom of the temps passatge you can enter a decidedly out of the ordinary bar: il Forest of the Fairies coffee. The environment has been completely modified to make it look like it is inside a forest, with several statues and environments that manage to do its name perfectly justice. Together with the special effects and costumed waiters, the effect achieved is certainly fascinating. It is certainly worth a visit, especially if you are with children, however finding a seat at peak times can be a challenge when it tends to get crowded with tourists. The prices tend to be in line with those of the Rambla, so expensive, however it is definitely worth a visit.

The wax museum is located in Passatge de la Banca, 7, a side street of the Rambla (Metro Drassanes, line 3, Rambla exit), near the sea. Once out of the metro station, simply look for the ticket office on the other side of the Rambla, and then walk a few meters down the street that leads to the museum. With the turístic bus you can get there via the red line, getting off at the Colon - Museu Marítim stop.

Normal entrance costs 15 euros. Children from 5 to 11 years are entitled to a reduced admission, paying 9 euros. Holders of the Barcelona Card are entitled to a 20% discount on the admission price, for both adults and children. There is the possibility of renting audio guides, able to help better explain the characters and their historical context: their cost is 3,50 euros.